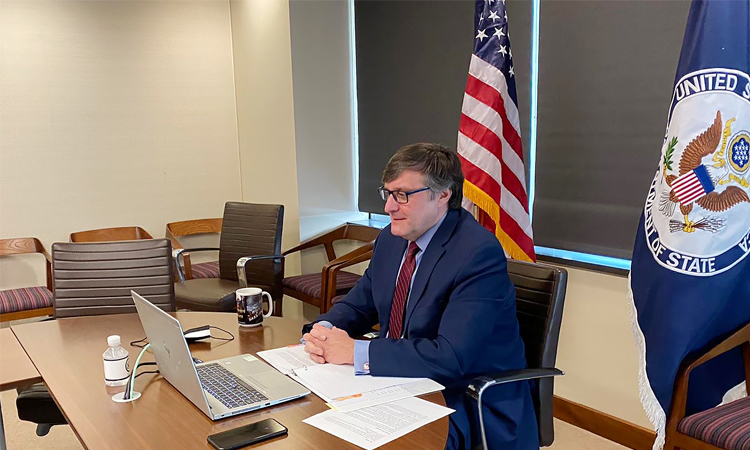 During a “virtual visit” to Albania April 6, Deputy Assistant Secretary of State Matthew Palmer met with President Meta, PM Rama, and DP Chair Basha to reaffirm the importance of U.S.-Albanian relations as we celebrate the 30th anniversary of the re-establishment of diplomatic relations. They reconfirmed our shared commitment to expanding bilateral cooperation on democracy, defense, and business. DAS Palmer emphasized with each leader the importance of their respective roles, including the institutional roles of the Presidency and the Prime Ministry as prescribed in the Constitution. Institutions and political leaders carry the responsibility to ensure the upcoming elections are free and fair, with rules that are impartial, transparent, and timely. DAS Palmer also reinforced U.S support for the implementation of justice reform, noting the significant progress that has been made in the last year. During a roundtable with representatives from the justice institutions, civil society, and media, he encouraged these “Champions of Justice Reform” in their efforts so that the Albanian people would have real justice. Finally, DAS Palmer highlighted the strategic importance of the Defender 21 military exercise, which will be the largest multilateral military exercises held in the Western Balkans. DAS Palmer and other U.S. officials look forward to resuming in-person visits as circumstances allow.