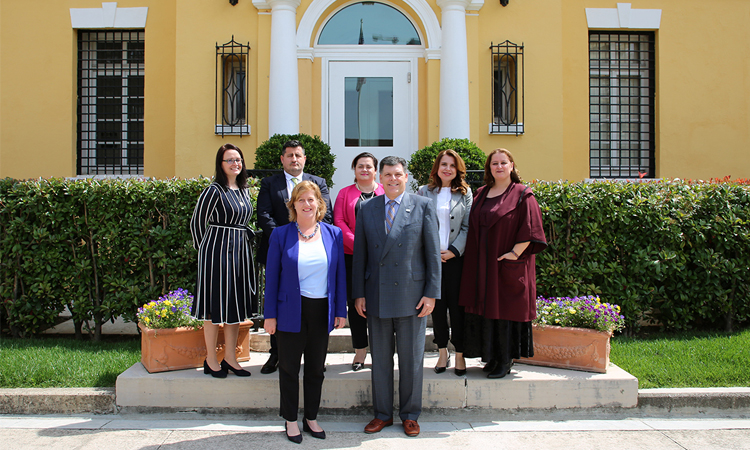 There is no question that, over the past two decades, Albania has made tremendous progress in strengthening its economic and democratic foundations. USAID has been proud to support these efforts, and we continue to do so. Further progress demands continued commitment to justice reform. The Albanian people deserve transparent institutions, especially independent judicial institutions that respect the rule of law. Corruption inhibits Albania’s further integration with regional and global institutions and markets. It also deters private sector investment. Integration and investment are critical for this country’s sustained development. Enterprise-driven development, the foundation of any country’s long-term economic stability, depends on fair, predictable, and transparent application of the law. The U.S. Government is committed to assisting Albanians in their fight to restore public trust in justice institutions.  The fight against corruption is everyone’s fight.

Albania’s High Judicial Council is on the frontline of these efforts.  The United States strongly supports the Council and its work. We will continue to partner with the Council as it advances these reforms.  I urge Albanians everywhere to support these reforms, support these councils, and look ahead to the establishment of a judicial system that serves everyone, and I urge members of the High Judicial Council and all those who actively support judicial reforms to remain steadfast in implementing this reform.