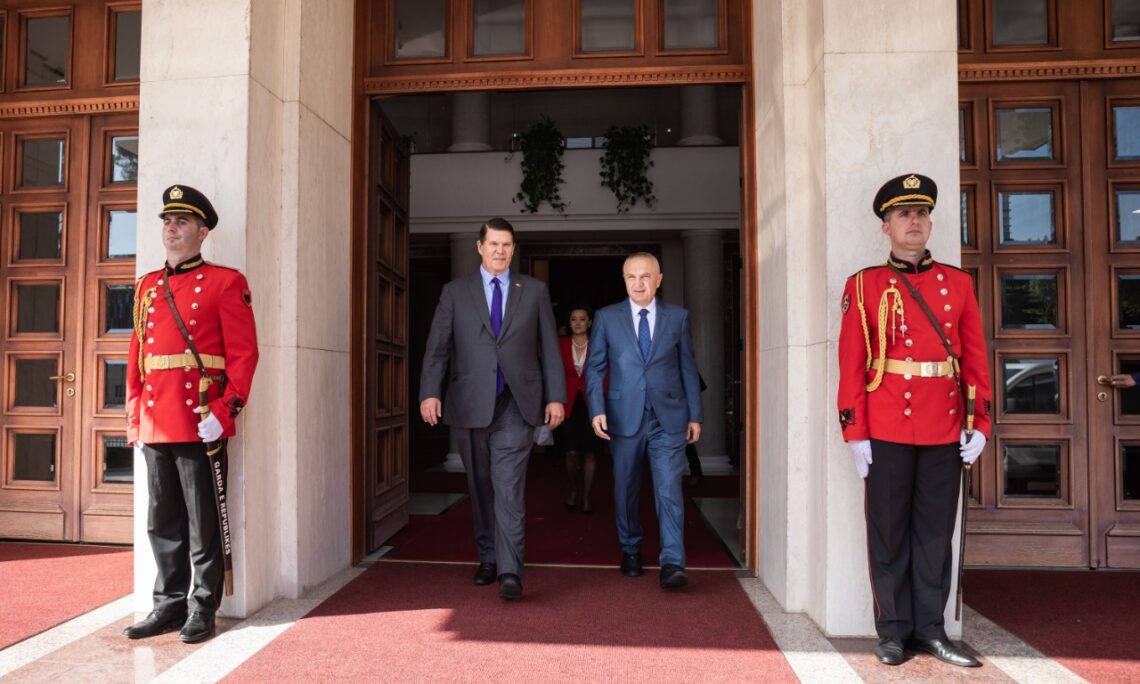 Today, U.S. Under Secretary for Economic Growth, Energy, and the Environment Keith Krach visited Tirana and met with President Ilir Meta and Prime Minister Edi Rama. During his meetings, Under Secretary Krach expressed U.S. support for Albania’s progress toward EU accession, especially in anti-corruption and rule of law efforts which, when successful, will bring in more U.S. investments and business opportunities.
The Under Secretary’s visit was marked by two important milestones in the relations between our countries.

Throughout his visit, Under Secretary Krach expressed appreciation for the strong partnership between Albania and the United State based on shared values. He reiterated U.S. commitment to a robust democracy in Albania, one which is economically prosperous, politically transparent, and serves the interests of all Albanians. On behalf of the U.S., Under Secretary Krach thanked Albania for always answering the call of the NATO Alliance and the United States. and promised that we will continue to assist Albania wherever possible.