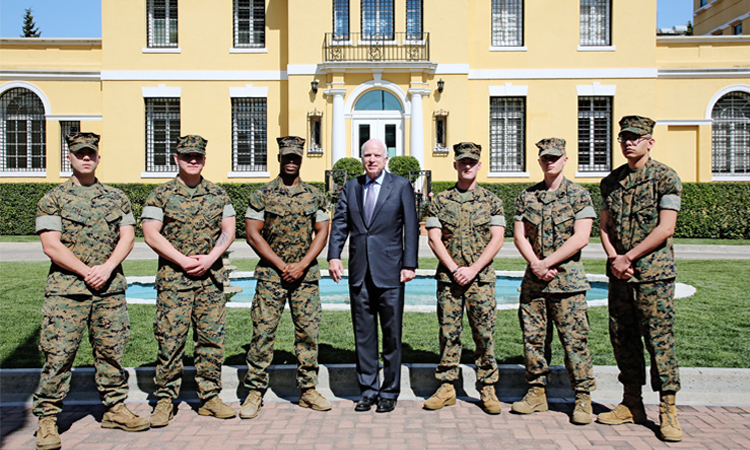 U.S. Senator John McCain visited Albania on Friday, where he highlighted the U.S.- Albania military partnership, the importance of the country’s judicial reform, and efforts to defeat ISIS.