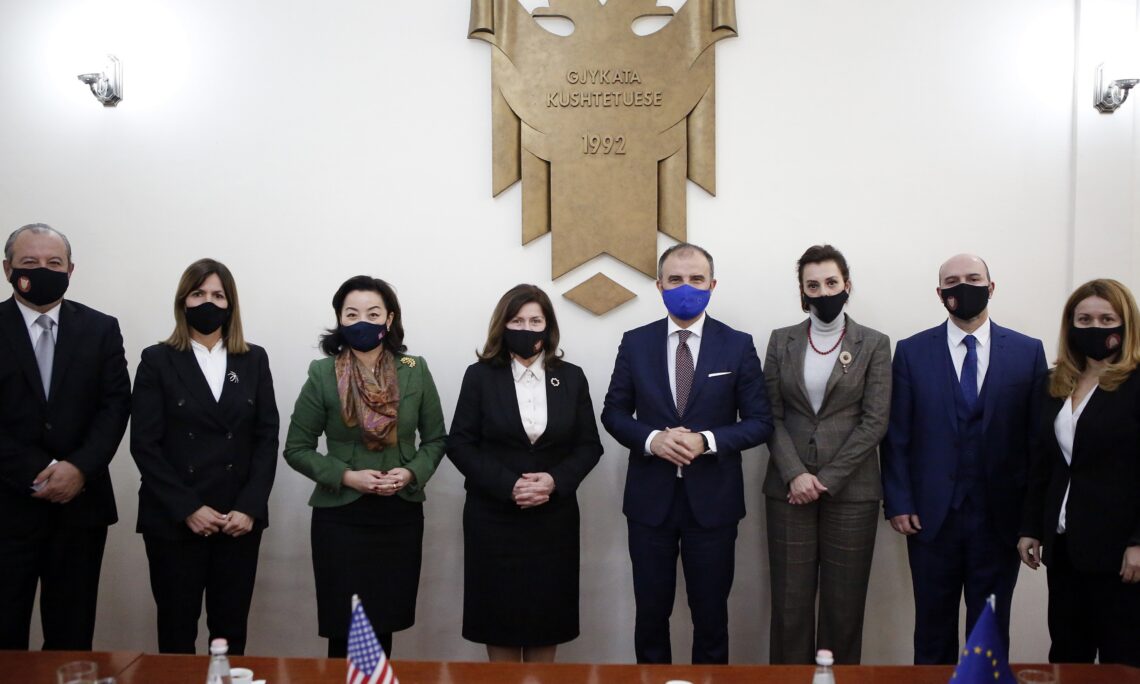 Today, Ambassador Kim and EU Ambassador Soreca met with the members of the Constitutional Court to thank them for answering the call of duty, which has enabled the Court to meet the quorum for functionality. She underlined the requirement for judges to act with independence and integrity to deliver justice, irrespective of which institution had nominated them for the Court. Ambassador Kim emphasized the important role the Court plays in providing checks and balances to Albania’s institutions and in ensuring the rule of law. She reiterated U.S. support would continue, including through the provision of technical assistance. The United States will continue to strongly support the implementation of Justice Reform, and urges relevant authorities to ensure the Constitutional Court will have a full complement of nine judges within the near future so that the people of Albania have true justice, in line with Albania’s status as a NATO Ally and EU aspirant.