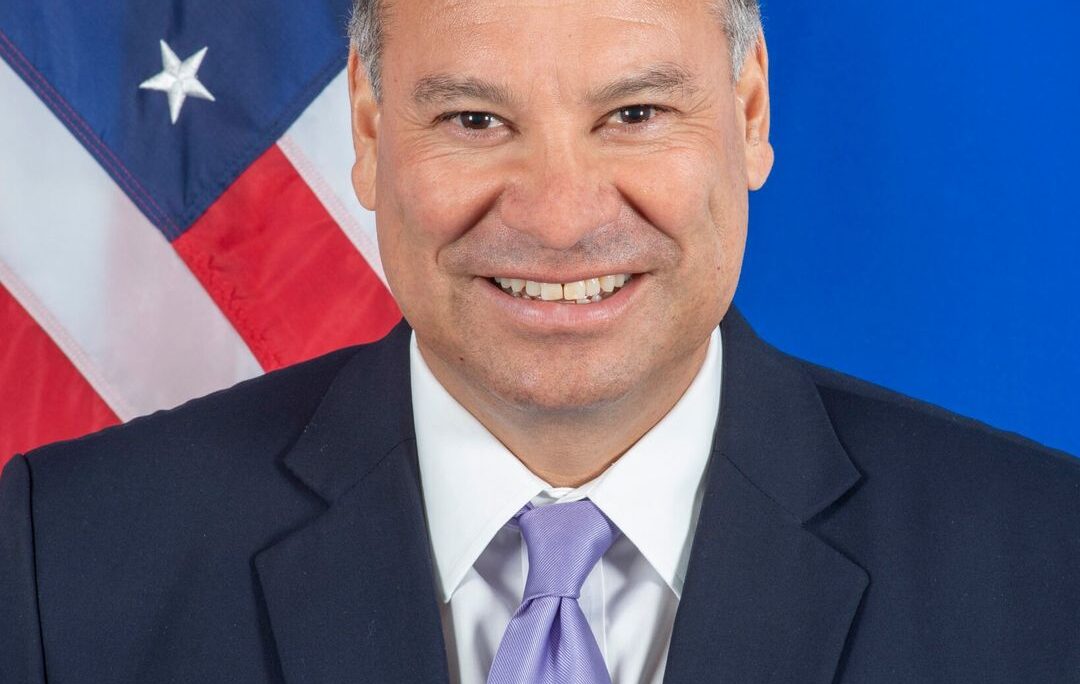 DAS Escobar:  I think it’s deplorable that anybody would resort to violence and not the ballot box in an effort to take over a political party, and quite honestly, we condemn it.  We’re united with our European partners in condemning it and we hope it doesn’t happen again.  Also we call upon the authorities to prosecute any people who engage in political violence.

VOA:  You just said that you hope it doesn’t happen again, but Mr. Berisha has said that he’s not going to stop his effort about basically taking over the party.

VOA:  Are you concerned with what has happened about the fate of the Democratic Party?  That was the first party that was created after communism, created pluralism and now it’s in this situation of a weakened position.

VOA:  Before the designation this year by the State Department of Mr. Berisha, he was practically in, so to speak, a political retirement.  There are critics now who say that right after that with the energizing of his protesters, he came back strong and trying to be a factor again and actually some think that he is a factor.  What are your thoughts about that line of thinking by some critics?

Now with regard to his return and his retirement, I’m not sure that’s the case.  It’s possible that he has supporters.  But I would caution anyone thinking that because he can bring violent supporters out on the street that this signals some sort of electoral support.  I doubt it.  And I hope that the voters reject this kind of behavior and this kind of activity.

VOA:  It does seem, though, that his supporters are strongly backing him and it appears that he has a lot of following.

Right now Albania is one of the strongest, most important allies that we have in the region.  Our relationship across the board that is political, strategic, military and even economic, is growing faster than any other relationship in the region.  We want to preserve that.  That’s the future.

Now, if people, including his supporters, want to look back, that’s up to them.  But we’re hoping people will understand that Albania has a very bright future ahead of it if it continues on the path that it’s going which is a strong EuroAtlantic orientation.

VOA:  In every country opposition is crucial to keep, to hold the government accountable, and there are those who say that with what is happening now with the Democratic Party the government in Albania and the Prime Minister is not as focused of, you know, about his work, about his performance and so to speak there is not enough scrutiny.  Is this worrisome for you?

DAS Escobar:  I do believe that every country, every European country and our country needs to have a healthy opposition.  I do believe that the current Democratic Party does offer that.  I do have a good relationship with Mr. Basha.  So I would say that what’s happening on the outside, that is on the streets, is not really reflective of what the Democratic Party is right now.

VOA:  Are there going to be any more designations in Albania?

DAS Escobar:  I said before that I don’t like to talk about sanctions in general for a lot of reasons, but mostly because this is not the way that the United States engages in the region, particularly with Albania it’s not the way that we engage.  We have so many positive channels of engaging and we’ll continue to use that, but that said, there will be more designations coming in the region.

VOA:  Mr. Escobar, let’s go to Kosovo.  Last year there wasn’t much progress in the talks between Kosovo and Serbia, and actually there were some tensions between the two countries, and the U.S. and you yourself have made it clear that you want normalization, an agreement to happen sooner rather than later.

VOA:  Are there grounds for optimism on Washington’s side to reach this agreement with the gap widening between the two countries?

DAS Escobar:  That remains to be seen.  We’re starting up a new year with renewed energy and renewed emphasis on making the dialogue work.  I will be making a trip to the region very soon, along with Mr. Lajcak to signal our support for the dialogue and to signal our efforts to try to make the dialogue work.  It is an EU-led dialogue, but we strongly support it, and I’m hoping that we’ll make progress.  But I do have to say that in this regard the question of Serbia and Kosovo is not just one for the United States and Europe, it’s also one for our colleagues in the region.  And in this regard I would say that Albania has been very helpful.  They talk to both sides constructively and they are fully on board with our efforts to create a stable relationship between Serbia and Kosovo, so we welcome that.

VOA:  I wanted to ask as well about the EU integration hopes that have been put forth as arguments for both countries to constructively engage for a final solution but with enlargement fatigue, and it seems like enlargement is not at the top of the agenda in the EU. Does it seem to work to be an effective tool, this carrot and stick approach, you know, when the hope is not very imminent?

DAS Escobar:  I have hope that Albania will be a member of the European Union in short order.  You’ve done a lot of work.  You are European.  You’re culturally, economically and historically European, and our argument to those in the European Union, and I would say it’s a very few number of countries that are skeptical, but it’s our experience, that is the American experience with Albania and NATO, is any guide, that they can expect you to be a good member, a solid member and a constructive member because that’s what you’ve proven to be in NATO.  So I think it’s an opportunity for the European Union, not a risk.

VOA:  Actually just a little follow-up on that and then I’ll have a final question on Kosovo because the question was directed for Serbia and Kosovo, but I’ll come back to that.

Since you’re saying that it would be for the European Union, it would be a gain to have Albania become a member, what is your thought with the problems that Bulgaria has created for North Macedonia?  Is that going to be still a twin process between the two countries?

DAS Escobar:  I think both countries earned the right to start to begin the inter-governmental conferences.  We support that.  We support both of them as soon as possible.

We see positive signs coming out of both Sofia and Skopje on their discussions.  So yes, I am still hopeful that we can see Albania and North Macedonia moving quickly in that direction.

VOA:  And regarding Kosovo and Serbia, what I meant is that if the EU have an effective tool given this enlargement fatigue that I mentioned.

DAS Escobar:  I think that the European Union has signaled several times, starting from the Brdo Declaration on down, that enlargement is their strategic goal.

VOA:  For Kosovo and for the region it has always been important that the U.S. be robustly involved as a hope for things to move forward.  In this new year, is the U.S. going to be more involved in the talks process and in the application of the U.S. policy, of U.S. administration policy for mutual recognition between the countries?

DAS Escobar:  We’re going to engage very, very strongly with both countries, yes.  We are going to show our support for the dialogue concretely as well.  So whatever gets decided in the dialogue in this EU-led process, we are going to work with our EU partners to make it happen.

So yes, we are going to be very, very engaged in the process.  Not just on Serbia and Kosovo but in the region as a whole, and not just on the political questions, also on the economic questions.  We see a lot of opportunities for economic development in the region, particularly in Albania and Serbia, Kosovo and Montenegro.  So we’re going to continue to work on all elements of our relationship.

VOA:  What would your appeal be in general to the leaders of the region of these countries in the region that remains the most vulnerable still and fragile of Europe?

DAS Escobar:  I would say that they should focus on multi-ethnic reconciliation, on economic regional integration, on European standards and on creating zones of opportunity within the Western Balkans that are going to benefit all of the people.  I think that your {Albanian] government has already started with the initiative of the Open Balkans which we think is a positive development in the region.

So I see a great future for the region.  We want to be part of it and I know that the European Union agrees with me.

VOA:  You just mentioned Open Balkans and I wanted just a follow-up question.  Can it be effective?  You said it’s positive, but can it be effective without the participation of all the countries of the region?

DAS Escobar:  It cannot, and that is the condition on which we support it.  That one, that it meets the Berlin Standards that the European Union has set.  And two, that it’s open to all of the countries.

And practically it doesn’t work without all of them.  You cannot have pipelines interrupted.  You cannot have highways interrupted.  You cannot have a free trade zone if you still have to stop somewhere in between and have a truck wait in line for five hours.  So it must include all of them and it must include all of them in a way that the standards that they’re meeting are European standards because, at the end of the day, in order to have an effective free trade union or an effective free trade area, you must have institutions that can track people, goods, and money effectively.  So it is about standards and those are the two conditions – that it’s open to everyone and it is about standards and institutions. That is the conditions of our support for this project.

VOA:  Mr. Escobar, I appreciate the opportunity.  Thank you so much for your time.

DAS Escobar:  Thank you very much.