Home Home | News & Events | Time to End the Shame of Modern Slavery in Albania, by Ambassador Alexander A. Arvizu 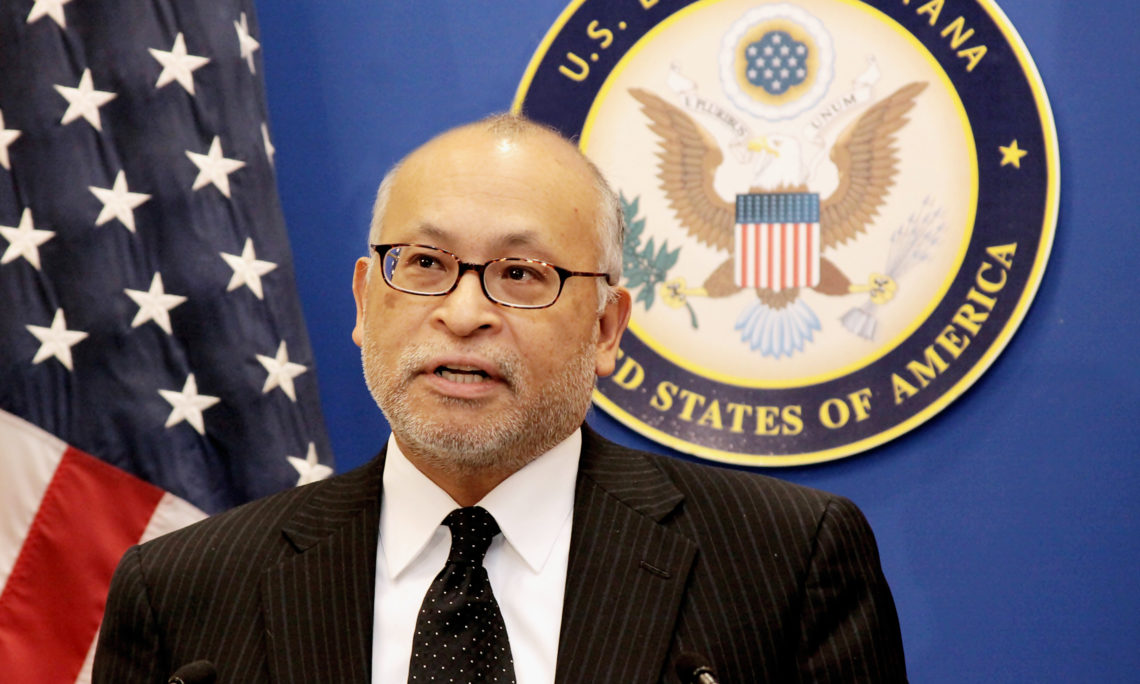 By Alexander A. Arvizu, U.S. Ambassador to Albania

Today, Albania received some good news for its efforts on rule of law and for further integration into the Euro-Atlantic community.

In the U.S. State Department’s 2014 Trafficking in Persons Report, released today, Albania improved its performance, moving up to a ‘Tier 2’ ranking and off the ‘Tier 2 Watch List.’  The government should be commended for this achievement.  However, it is now also essential for the government and institutions to keep up the positive momentum and to redouble their efforts in combatting the serious problems of human trafficking that still persist in the country.

A Tier 2 ranking means that the government is making significant efforts, but still does not fully comply with the minimum standards for the elimination of trafficking set forth in U.S. and international law.

Right now, millions of people worldwide, and hundreds, if not more, right here in Albania, are treated as modern day slaves.  From a young woman forced into prostitution following an arranged marriage, to a Roma child exploited by an adult to beg on the street, these victims are real people, not just numbers on a report.

Human trafficking tears families apart, feeds organized crime, creates instability, and threatens the rule of law.  In the words of U.S. Secretary of State John Kerry, it is “a national security issue as well as a moral imperative.”

Prime Minister Rama has declared publicly his commitment to prioritizing the fight against human trafficking.  We welcome this.  The government appointed a new and highly effective national anti-trafficking coordinator; revitalized the national referral mechanism for victim reporting; improved its cooperation with civil society; doubled the number of judicial police and special prosecutors assigned to trafficking; and improved domestic anti-trafficking legislation.

The United States has supported Albania in these efforts, providing nearly $2 million over the past three years for anti-trafficking training of police, prosecutors, and judges, and support to non-governmental organizations. Most recently, USAID-in tandem with other committed partners-supported the development of a mobile application, “Raporto Shpeto,” for citizens to report suspected cases of trafficking.

Here are three things that Albanian institutions can do in the coming year to continue to make demonstrated progress in the fight against modern day slavery:

Second, ensure victims have access to assistance, including reintegration services like vocational training and healthcare.  The government can achieve this by improving services at its state-run shelter, and by funding non-governmental organizations, such as through the Special Fund for Crime Prevention.

Third, increase the number of victims identified and assisted.  In 2013, there were 95 victims of trafficking identified in Albania.  The true number of victims in the country is undoubtedly much higher.  The government can achieve this by expanding support for joint mobile units which allow civil society groups and police to jointly identify potential victims, and by further training of officials at the local level.

Every citizen can do his or her part.  It starts with educating yourself and learning about the red flags that are indicators of human trafficking.  It means being prepared to report tips to the national free hotline at 116006 or through the mobile application “Raporto Shpeto.”

Trafficking is a complex problem that requires a sustained, multi-faceted response.  Now is the time for Albania to build on its recent successes, and make to further progress over the coming year against one of the most severe human rights violations of our time—human trafficking.