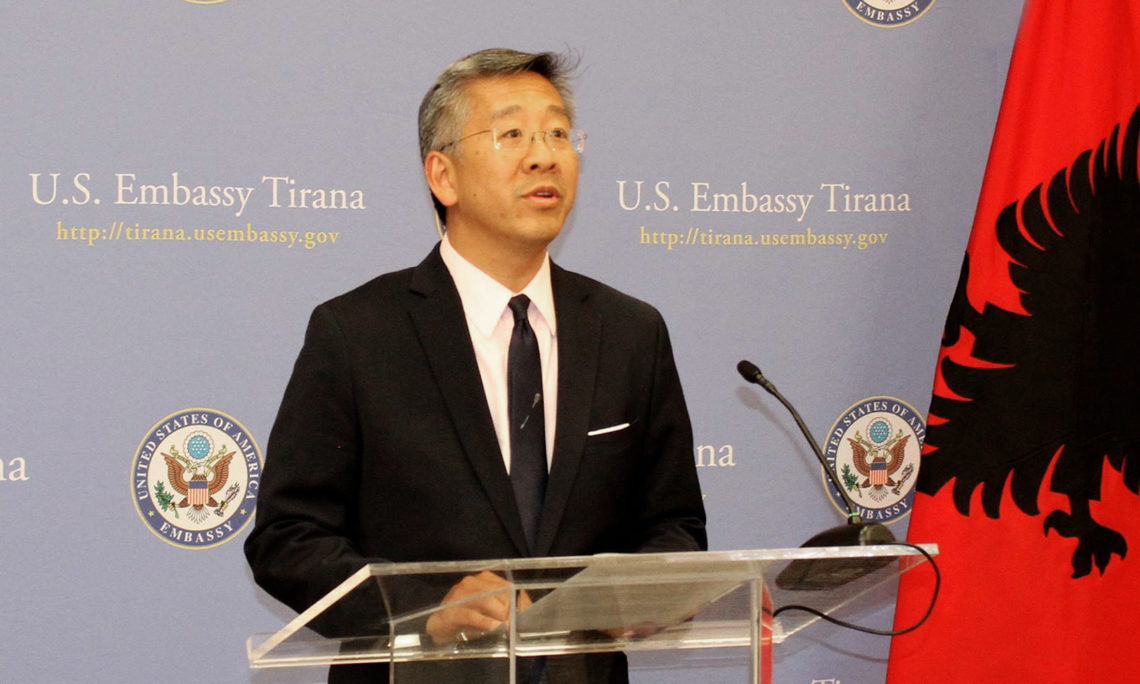 I think there is one thing we can agree upon.  We are all frustrated and tired with Albania’s political leaders.

Today, Mr. Basha said that the opposition had put a valid proposal on the table.  I told Mr. Basha that his proposal was unacceptable to the United States and shows that he broke his commitment to Ambassador Nuland on Sunday.

Today also, Mr. Rama announced that he is finished negotiating with the opposition and that he would accept any opposition demands that are approved by the EU and the U.S..  I also reject this role.  Albania’s leaders must be held responsible for solving Albania’s political problems.

I propose a simple solution.  I challenge the Prime Minister and the head of the opposition to meet face-to-face on Monday and to publicly promise that they will not leave the room until they have a solution to the last issue of this reform.  Let us see who is really in favor of supporting a compromise.

This will solve the problem in one of two ways.  Either they will find a solution both government and opposition can support.  Or they will be locked in a room together, forever.

Several months ago I asked who is the most afraid of this reform?  Organized crime bosses?  Corrupt judges? Or criminal politicians?  Today, the answer is clear.  All of them are afraid and they are fighting back.

On Thursday, the members of parliament have an opportunity stand up for the honorable people of Albania, who are demanding this reform.  There is still time for Mr. Basha and Mr. Rama to find a compromise.  If they cannot, Parliament should approve this reform.

The arc of history is long, but it bends toward justice.  Justice reform will be passed.  The only question is whether this parliament, and the leaders of its political parties, will be celebrated for its success or blamed for its failure.