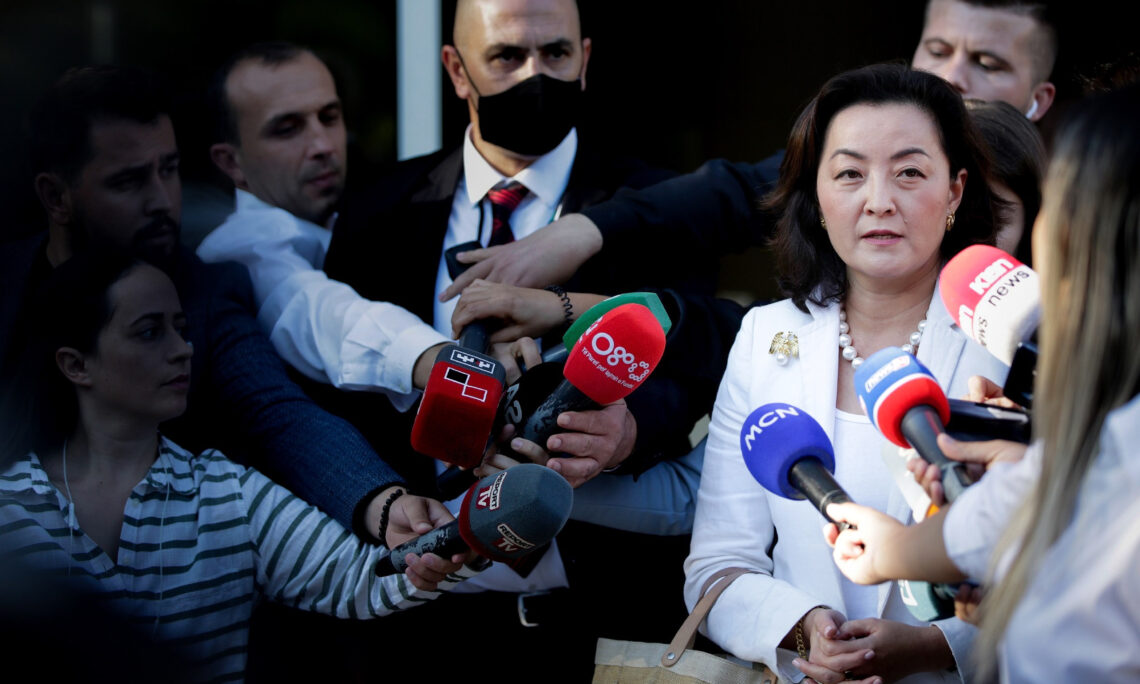 I have just come back from, I just came back a few hours ago from Washington, D.C. where I had an opportunity to talk with leaders across all the various agencies, including State, the White House, Justice Department and elsewhere. And, of course, I had the chance to brief all of my bosses and colleagues on the situation in Albania. I thought it was extremely important to come directly to the Democratic Party to share with them what I learned in Washington and where we go from here. I told Chairman Basha that Washington remains committed to working even more closely with the Democratic Party. As everyone knows, the United States government has always had a very strong, special relationship with the Democratic Party right from the beginning. We were there with the Democratic Party when it took power for the first time, and we hope to be in a position once again to celebrate when it takes power again.

Democracy is defined by the existence of a viable, strong, opposition party.

Now, I have seen some disturbing reports that, what has happened in terms of our designation, is somehow an attack on Albania’s sovereignty.

It is factually wrong, and it is offensive. I would remind everyone that on May 6, 1919, when the rest of the world wanted Albania to disappear, the United States, President Wilson was the one who spoke up and said that Albania should be independent. The only change to that statement, that we have added on, is that Albania should not only be independent, but that it should be sovereign and democratic. So, for those who have attempted to place the United States opposite to the people of Albania, I would say “You are wrong!” The Albanian people know that you are wrong! Our position on this issue of Albania’s independence, sovereignty and democracy will never change, our position on the importance of the Democratic Party will never change.

There is a lot of work to be done in the days, and weeks, and months ahead. It is essential and it is great that the Democratic Party is back in Parliament in full force. There are actions that need to be taken to ensure better elections next time. To address the deficiencies that were identified in the ODIHR report. There’s also work to be done on territorial reform, there’s work to be done against corruption. All of this requires a strong, united, Democratic Party that is moving forward, you cannot move forward with one foot stuck in the past.

So, as always, we look forward to continue to move forward with Albania, with the Albanian people, with the Democratic Party, we want to look to the future.

So, let’s move forward. Thank you very much!