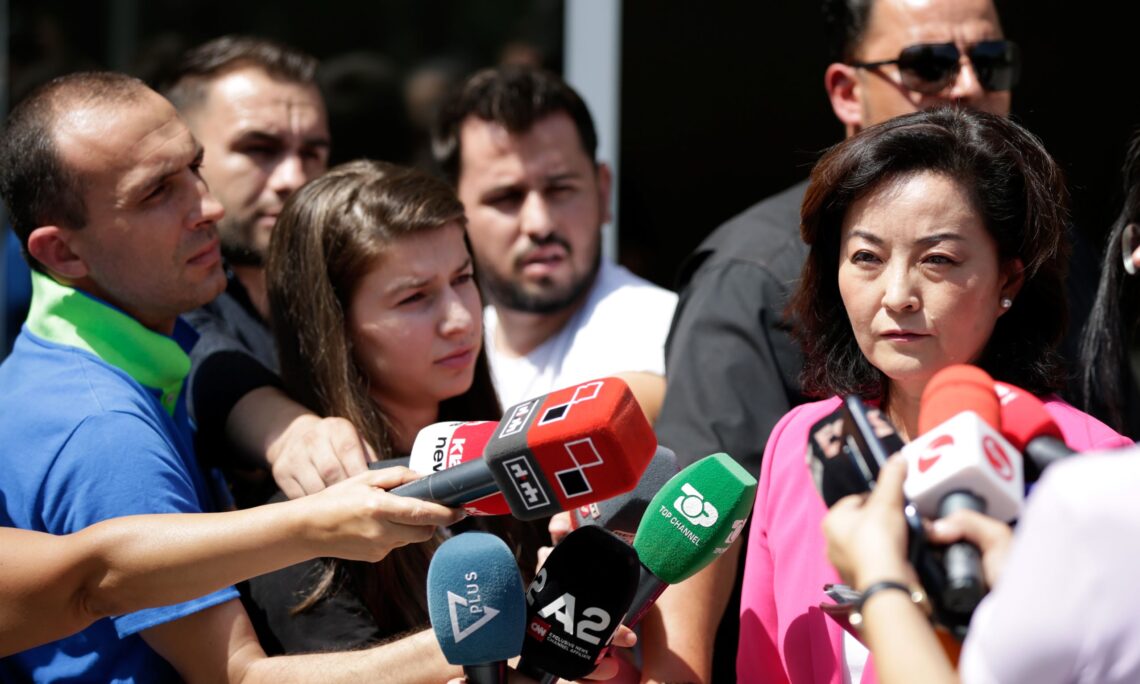 I had a very good and full discussion with DP Chairman Lulzim Basha today. I was following up on the discussion that he had when Acting Assistant Secretary Philip Reeker was in Tirana. We talked about the strength of the U.S. – Albania relationship, the very important role that the Democratic Party has played in establishing U.S. – Albania relations, and also making sure that Albania stays on the path towards Europe. There’s no doubt of the historic role that the DP has played, it is irreplaceable, it is indispensable, and, in that respect, it is very good news that the party will be back in the Parliament in September. I understand that the party, as well as others, have concerns about the April 25 election and we all know that those concerns are reflected in the final report issued by ODIHR. It will be extremely important and necessary for relevant institutions to address those concerns in a meaningful way, and the United States will continue to support efforts to constantly improve elections and democracy in Albania. As the Democratic Party returns to Parliament, it will also be important for the ruling party, for the Socialist Party, to demonstrate that it is serious about rising above partisan interests for the sake of the country. I would like to emphasize also, again the responsibility that party leaders have to ensure that when they walk into Parliament, they walk in accompanied by members who are worthy of representing Albania. It will be important in particular for the Democratic Party as well, to think through these issues. As I mentioned before, the Democratic Party played an indispensable role in leading this country out of communism, for breaking it free from dictatorship. It would a historic irony, but also a tragedy for this country, not just the party, if the party were to eat grass for the sake of one man’s personal interest. Our hope is that parties will move forward, that this country will move forward, that our cooperation between the United States and Albania will move forward. The future is waiting. So, there are difficult decisions ahead for everybody. I hope everyone gets some good rest over August, but I hope that people come back refreshed and renewed in their determination to choose the future over the past. Thank you very much!