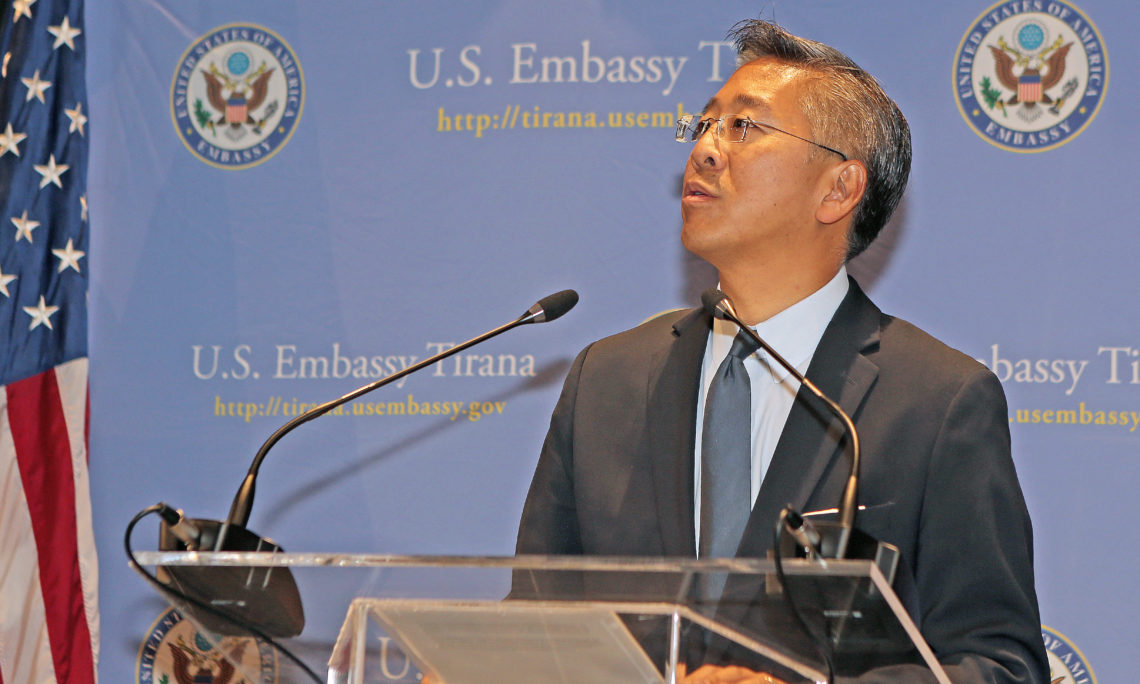 Let me start this morning by offering our thoughts and our prayers for the victims of this terrible flooding that has been happening in Albania these past days.

And, let me continue with a confession. I have several different versions of the speech today. And I think that is a wonderful thing about democracy. It is unpredictable, it is exciting and it is something that both America and Albania share.

Democracy is one thing that binds us all together as Americans and Albanians.  It is messy.  It is complicated.  And, often filled with conflict and controversy — as it was this year in the United States.  But in the end, democracy guarantees us the freedoms we hold so dear.

The United States and Albania have had close relations through both Republican and Democratic administrations.  We are NATO allies.  We are partners in Afghanistan.  We have stood together against Russian aggression in Ukraine and in favor of Kosovar independence.  I am confident our relations will remain close under the Trump Administration.

One of the most important things in a democracy is vigorous and sometimes contentious debate.  In this election cycle, we have seen the candidates, the media, and supporters on all sides discuss issues – big and small – that affect our country and the world.  This morning you heard from President-elect Trump what truly defines a democracy – a peaceful transition of power and moving forward together as a nation.

As America ends this political campaign season, Albania is entering hers.  As we begin to heal the partisan divide between people on the right and on the left in America, Albanians will be beginning a long debate that will culminate in elections this June.

As two great democracies, let me offer the hope – on behalf of all of the Americans here today – that the Albanian people will make wise choices.  That they will debate about issues of consequence.  And that they will continue to embrace the democratic values that bind Albania to Europe and Albania to the United States of America.