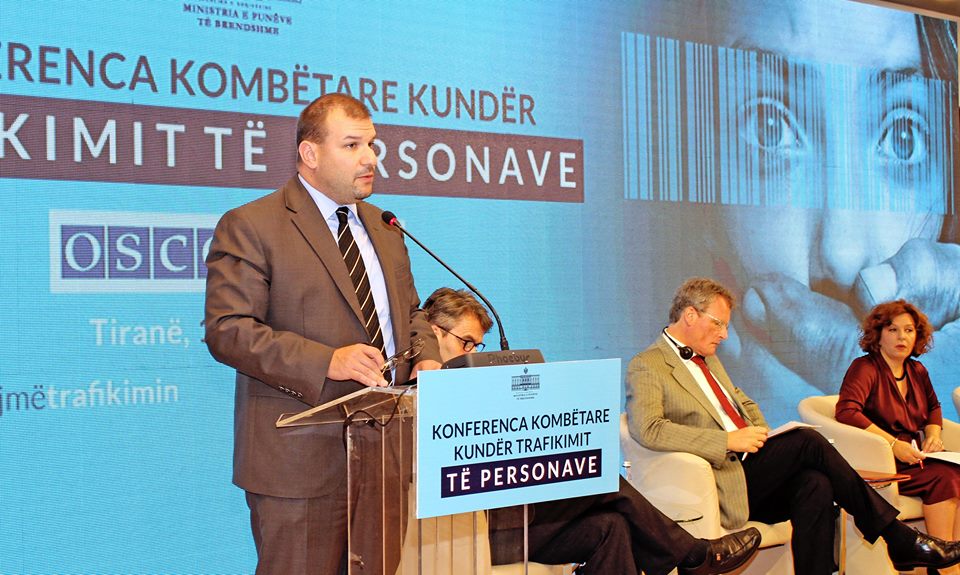 *Human trafficking remains a global challenge which requires energy and dedication to combat effectively.  It is my pleasure to be here today to congratulate everyone who has contributed to the fight against trafficking in Albania over the last year.  I will highlight the U.S. government’s strong appreciation for National Coordinator Elona Gjebrea and, who has been a tireless, creative, and effective advocate in the fight against trafficking here in Albania.  She and her team have earned the respect of the international community and of their peers throughout this region, and rightly so.

Albania has accomplished a great deal in recent years, thanks to the National Coordinator’s leadership.

The government budget to address trafficking has seen a steady increase, which underscores the government’s commitment to the fight.

We have also seen an increase in the number of trafficking-related convictions over the same period.

Albania has increased its support to victims, by supporting staff salaries and the cost of food in the 3 NGO-run trafficking shelters in Albania.  Let me express our admiration for what these NGOs are doing.  Resources are always scarce, but they are real pillars of hope for trafficking victims in Albania.  I can say that my visit to one of the shelters was one of the most impactful and memorable moments I have had in Albania.

So, we are very encouraged by the government’s leadership in this area, which bodes well for future success.

As always, however, there are areas for which there could be more focus and more improvements.

One of these is police investigations.  As noted in the Department of State annual report on trafficking in persons, the police need to be more thorough in their investigations so that victims of trafficking (VOTs) are actually identified as such.  Albania is no exception: identifying victims is a challenge across the world, and even in the U.S.

The problem is that trafficking-related crimes are still misidentified as something else, such as exploitation of prostitution.  This may make a crime easier to prosecute, but it also results in lower sentences.  It also means that victims themselves are not properly protected against prosecution for crimes they might have committed under coercion while being trafficked.

In 2014 and 2015 the U.S. government supported mobile units in Tirana, Elbasan, and Vlora, which led to many more victim identifications.  We continue to urge the government to pick up support these critical elements of victim protection.

At the same time, identifying more victims and more perpetrators will not mean anything unless it can result in more prosecutions.  Last year, we saw the number of cases go down.  We will continue to work with the government to get the number back up.  Actions are being taken.  The government, at the strong urging of the National Coordinator, has created a task force including the Coordinator’s office, the Prosecutor’s Office, and the State Police to look at closed cases, identify possible mistakes, and establish best practices.  We urge this task force to work more efficiently.

The experience in Albania shows the multi-spectrum challenge of human trafficking and the need for cooperation cross government and civil society to fight the problem.  Deputy Minister Gjebrea and her team continue to do outstanding work but they need help and support from many other elements.

Thanks again to the ONAC and all the members of civil society – especially those running the shelters – who have dedicated their lives to fighting trafficking and helping its victims.

*As prepared for delivery