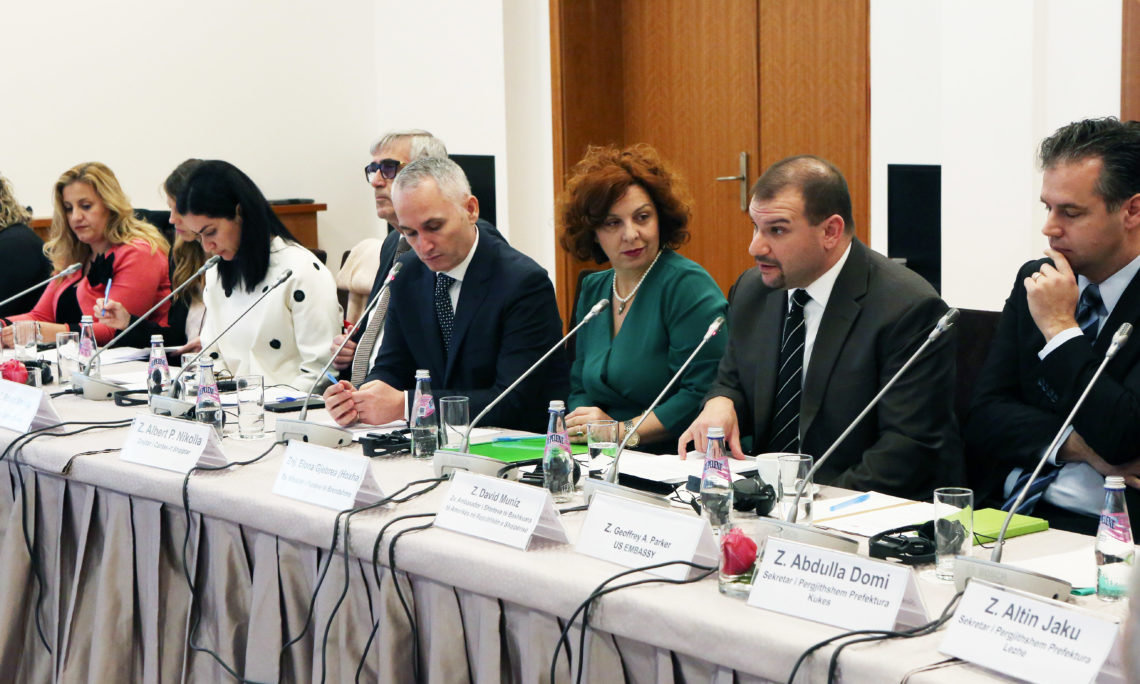 The fight against human trafficking is one of the United States’ highest priorities.  It is an affront to our core values, it is a crime of heinous proportions, and it violates our fundamental right to live and work in safety and dignity.

That is why the movement to end human trafficking is essential, and the President has made clear that “the United States will continue to be a leader in this global movement.”

Personally, I could not agree more.  One of the first visits I made outside the city of Tirana was to the Vatra shelter in Vlore.  I was deeply moved by the stories of some of the trafficking victims I met there.  We salute the efforts of all those in Albania who are working to protect and aid trafficking victims.  You are fighting the good fight.

This is why I’m proud to highlight our support for organizations like CRS and Caritas, who have been at the forefront of this good fight.  Your efforts have been crucial in bringing the efforts of the United States Government – but especially the Albanian Government – to regions far from the capital.  And let me just stop here to say, “Thank you.”  Catholic Relief Services (CRS) and Caritas Albania have just completed a 2-year, $450,000 anti-trafficking program supported by the Department of State, and it has been an effective partnership.

We salute the efforts of all those in Albania who are working to protect and aid trafficking victims.  You are fighting the good fight.

Your contributions to the movement against TIP have been many, but perhaps the most important has been your work with regional actors fighting TIP.  The Ambassador and I frequently praise the work of Deputy Minister Gjebrea and her team here in Tirana, but they cannot work alone.  To be effective they need partners in the field.  Your work with the regional anti-trafficking committees has provided this.

There are so many misconceptions about trafficking – Who is a victim?  Does he or she need to cross an international border?  What if the victim has done something illegal while being trafficked?  These questions can create confusion, and because of this, local governments often do not organize a proper response, and ultimately nothing gets done.

Your work with local administrators, police, social workers, and many others at the local level has greatly clarified the problem and increased the capacity of municipal governments to confront the phenomenon of trafficking, and protect its victims.

Fortunately, you also have government partners that also take TIP very seriously, starting with the Office of the National Coordinator, which has fought for and received an increased budget over the past several years.  This means more resources for the shelters, and greater public awareness through events such as the yearly month against Trafficking in October.

There are still areas for improvement:

Police and Prosecutors need to work more closely together so that victims of trafficking (VOTs) are actually identified as such.  Today trafficking crimes are still misidentified as something else, such as exploitation of prostitution.  This makes a crime easier to prosecute but also results in lesser sentences.  It also means that victims are not properly protected.

We must also highlight the important work of our shelter coalition, and encourage our government partners to ensure consistent support for their services, especially for the reintegration of victims into society.

Thanks again to CRS, Caritas, and all who work tirelessly to confront the scourge of trafficking in persons.