Home Home | News & Events | Remarks by Chargé d’Affaires David Muniz at “Social Justice and Reform in the Justice System”, organized by LEAD alumni and the Ministry of Justice 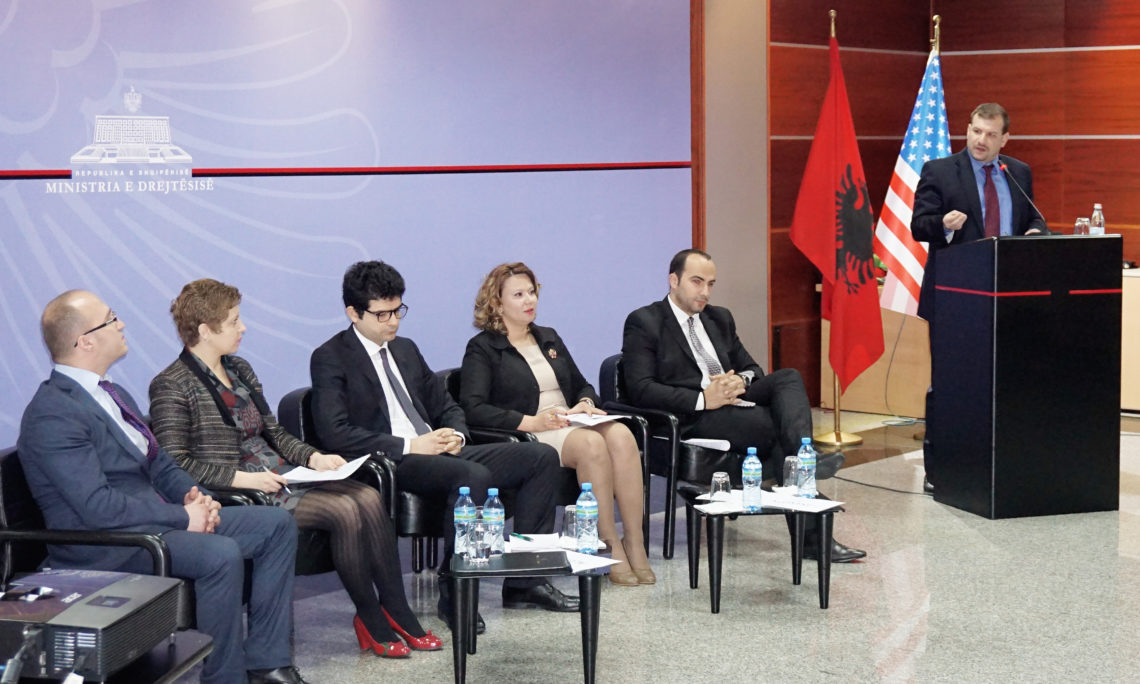 Minister Manjani, Mr. Dervishaj, ladies and gentlemen, good morning! It’s very appropriate that today is the International Day of Social Justice and Albania is in the midst of its most important reform since the fall of communism—justice reform.

As some of you heard first hand from Secretary Kerry on Sunday, the fight for more accountable governance requires the support of every single Albanian.

This means that all of you have a responsibility to ensure that justice reform is not only approved by the Parliament, but that it is implemented properly – to ensure that judges and prosecutors abide by the same rules as you and I and that the system treats everyone fairly, no matter what your political affiliation, family connection, or background.

We have been working closely with all the stakeholders in this process to shape the reform and encourage its passage, but we need you, young people and future leaders of this country to keep the pressure on your elected officials and ensure that this reform becomes a reality, for your generation and those that will come after you.

While criminal justice and social justice are not exactly the same concept, you need the first in place before you can have real hope to achieve the second.  Success in the fight for the rights of the poor and the marginalized is not possible without a justice system that functions as it should.  So, whether or not you care to be immersed in the intricacies of the high judicial council, the process by which judges and prosecutors are selected, or other details of this reform package, you should be enthusiastic supporters of the overall goal.

We think that Albania is moving in the right direction, and I’m encouraged to see all of the talent in this room.  I have been reading your backgrounds, which are all very impressive.  The work you are doing as advisors benefits this country.  I see people here who work across the entire government.  You are trailblazers, and you will face challenges, but I encourage you to maintain your dedication.  I have only one complaint – there aren’t enough of you!  We need to see more LEAD Fellows and alumni throughout government and society.

The Albanian-American Development Foundation did an amazing service to Albania when it created the LEAD program.  As we have seen in the United States with our White House Fellows program, it not only prepares participants to better serve their country and communities in both the private and public sector, but it brings fresh and diverse perspectives to government institutions.  Most importantly, it fosters both leadership and public service from the next generation.

When he announced the establishment of the of the White House Fellows program, President Lyndon Johnson said that “a genuinely free society cannot be a spectator society.”

This is absolutely true both in the United States and here in Albania.  Civic participation and activism has spurred change here and it will lead to a stronger, more prosperous, and more equitable country.

It was no accident that for his final event, Secretary Kerry met with eight young leaders, including your own Elona Bano.  He wanted to hear directly about the challenges that your generation faces and what some of your most talented activists are doing to address them.

Now, let me tell you something about that meeting.  I’ve been involved in planning and executing dozens of high-level engagements – visits, trips, meetings, you name it.  The fact that John Kerry specifically requested an event like that one, an event focused on young leaders and their role in fighting corruption, says everything about Washington’s focus on this issue.  That focus is very real and very intense, believe me.  See this as a sign that the United States supports you and your efforts for justice reform and your demand for social justice—from the highest levels of our government.

Continue to fight for reform and continue to be leaders in your communities.  I am confident that years from now, when we look back, we will have you to thank for creating a better Albania.