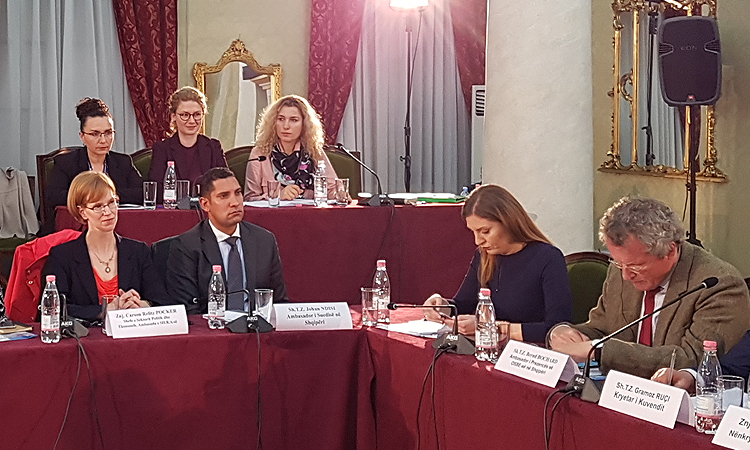 Thank you for including the U.S. Embassy in this event that recognizes the positive impact women can have when we work together, across all issues and across party lines.

It is particularly meaningful to be here today, as countries around the world, including Albania, engage in the “16 Days of Activism against Gender Based Violence.”  Aleanca e Grave Deputete has led in tackling issues that disproportionately affect women and girls.  Gender Based Violence is exactly that kind of issue.  Such violence hurts families, communities, institutions, and the country.  But this can change.  And we believe this Alliance can foster this change.

We, the U.S. government, support this Alliance because it brings together female members of parliament from across party lines.  These members of parliament can advance, through word and deed, the rights and needs of women and girls in all fields — from safety and security in the home and workplace, to advancement in business, politics, civil society, and across all sectors.  When women thrive, the country thrives.

In addition, we have full confidence that this Alliance of talented, smart, dedicated female deputies can do more than work on so-called “women’s issues.”  What is a “women’s issue,” anyways?  If it affects your mother, sister, daughter, or aunt, then it affects you.  It affects everyone.

Women MPs: the research shows that when you work together, you can have a dramatic positive political impact on all issues, for the good of all Albanians, regardless of party or politics.

And so we call on your male colleagues, in parliament and in the political parties, to listen to your voices and to respect your opinions, for the sake of the nation, for the good of the people of Albania.

We, the United States government, stand with you.  You have our support.