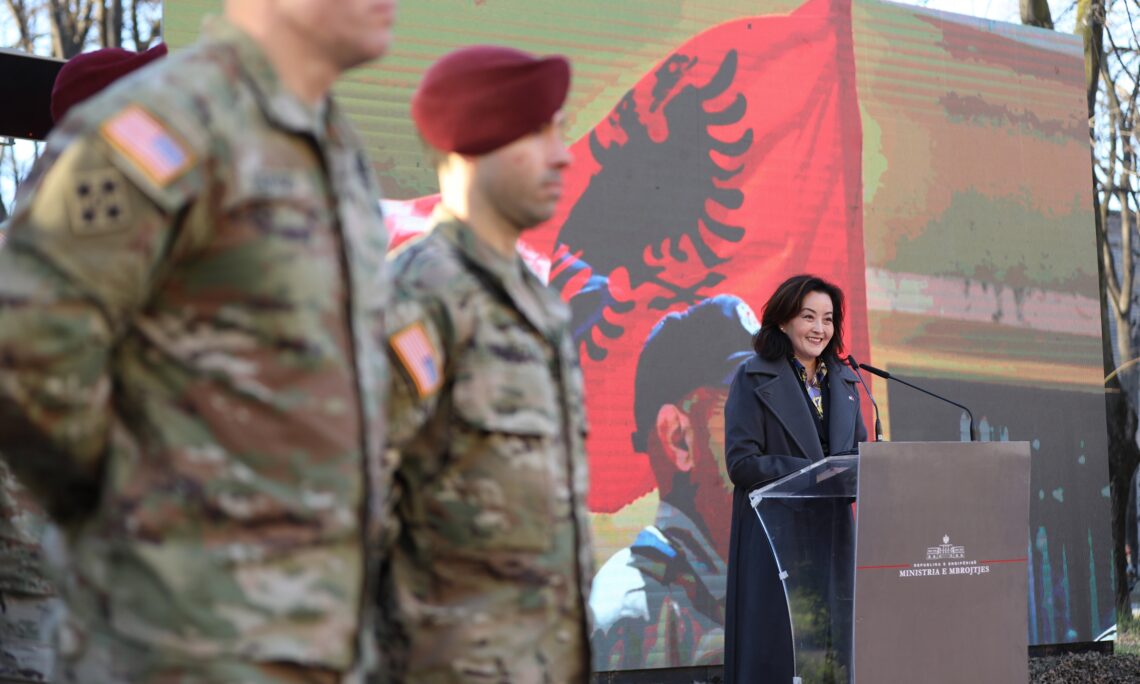 Good afternoon, everybody! What a brilliant day to be together, among friends and allies.

Minister Peleshi, Chief of Defense, General Begaj, General Tabor, General Hou and other distinguished friends and allies – it is a great, great honor to be able to stand before you today, to stand with you today on this historic occasion, as we witness the activation of Special Operations Command’s new regional headquarters – Task Group Balkans in Albania.

This is truly historic! It’s a new development in defense cooperation between the United States and Albania – one that is fitting as we celebrate 100 years since the United States, and the then Kingdom of Albania, established official relations.

For years we have discussed, explored, and assessed opportunities for U.S. military presence in Albania, built on Albania’s invitation and our deep relationship. Last year, Albania hosted DEFENDER Europe 21, the largest military exercise ever in the Balkans, which proved that our security relationship was ready for the next level.

Here we are! In activating Task Force Balkans, Albania – for the first time in its history – maybe to the surprise of many, will be home to a permanent U.S. military presence. I don’t think anyone could have foreseen that, not a hundred years ago, certainly not thirty years ago, when communism fell.

This unit is here for a couple of reasons.  First of all, we’re delighted to be here at the invitation of the government of Albania and with the support of the Albanian people.

Second, we’re here because at the highest levels of the U.S. government, there is a deep and growing respect and appreciation for Albania as a security partner. Since joining NATO in 2009, Albania has never hesitated to deploy alongside U.S. forces. We could never ask for a stronger, nor more loyal Ally at our side.

Our bilateral defense ties, and our partnership in NATO, are more important than ever, as Allies unite and take action in response to Russia’s premeditated, unprovoked, and unjustified invasion of Ukraine. Reminds me that today is only a week from March 2, and March 2, as all the Albanians know, is the anniversary of the League of Lezha, in 1444. The great Skanderbeg understood the power of unity, when he said, “unity makes strength.” NATO allies know this. Albania and the United States know this. The Albanian people and the American people know this.

We must continue to respond to all threats with resolve, speed and strength.

This is also an important moment for Albania. Last year, in an action that was supported by all Albanians across the board, Albania was the first country in the world to offer safety to the Afghans target by the Taliban. You did it, not out of calculation, but character. That’s who you are. You led by example.

Now, as an elected member of the UN Security Council and as our co-penholder on Ukraine issues, Albania is helping to lead the global response to Russia’s aggression.

We are proud to be your friend, your partner, and your Ally.  And we hope that the activation of this Task Group will further deepen our partnership and make greater things possible.

Thank you and congratulations!