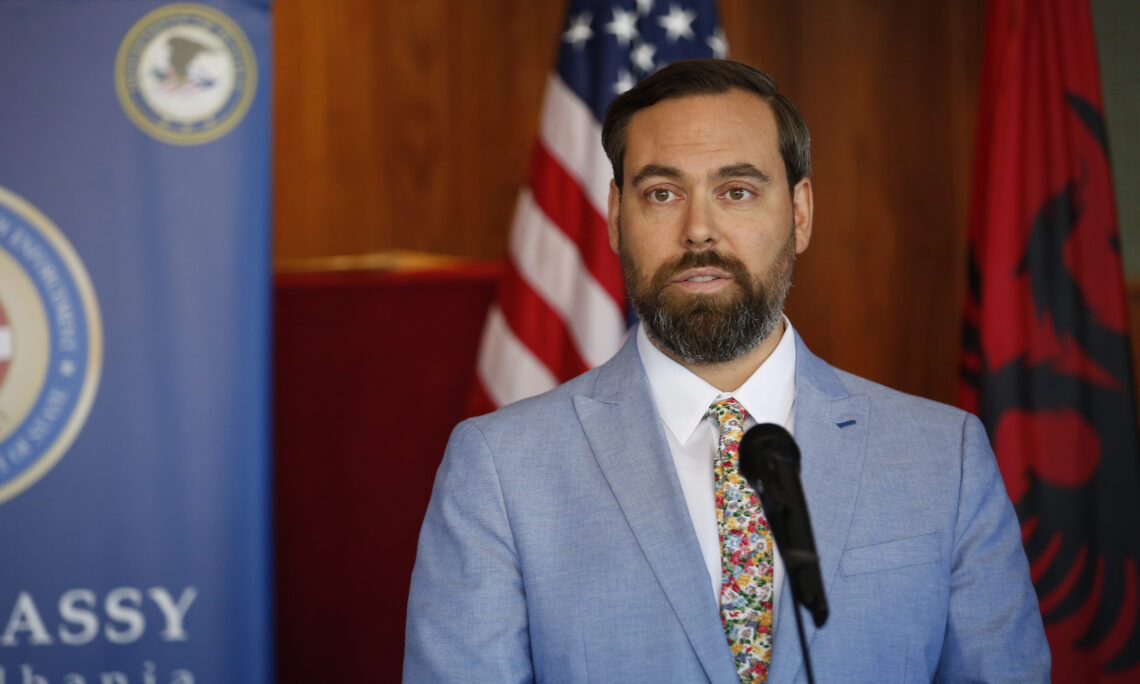 Director Hajnaj, Chief Kraja, Section Chief Rodriguez, members of the faculty, family, and friends and most importantly, you, the NBI class of 2021. On behalf of Ambassador Yuri Kim and the entire U.S. government, congratulations on your achievement.

Today, when you walk across the stage, you will receive your certificate of graduation. You’ll become NBI investigators.  Out of 700 candidates, you are the 27 who made it, the best of the best.  Your country needs you, you will be investigating some of the most important crimes in this country — corruption and organized crime.  You are an example of courage and dedication for stepping forward to serve your country during this important time.

The FBI also started with a small class of graduates.  At the beginning of the 20th century, the United States Justice Department had no law enforcement agents of its own. In 1908, Congress created the Bureau of Investigation.

The FBI’s first class was just 34 agents. But from that small start, the FBI has grown into an indispensable agency that keeps our country safe and protects our democratic institutions. There is one reason for the FBI’s success: the dedicated men and women who work every day to support the mission of the FBI.

Like that first class of FBI agents, you have the unique opportunity to help build a stronger, more capable NBI.  Your legacy, which will become part of Albania’s proud history, will be a major contribution to a better future for all Albanians.

Delivering justice for your fellow citizens is an important and challenging mission.  As President John F. Kennedy said about our space program to the Moon, we do these things “not because they are easy, but because they are hard.” Justice reform in Albania has not been easy, quick or perfect, but you do it because it is hard.  And we are now seeing results. All the institutions established by the passage of Justice Reform in 2016, are now fully functional. Last year at this time, Ambassador Yuri Kim congratulated Albania on the appointment of Aida Hajnaj as the first NBI Director, marking a major milestone in the implementation of Justice Reform.

Albania has now established both institutions that make up SPAK – Special Prosecution Office (SPO) and the NBI.  SPO has been working without you, and now you will join forces against corruption and crime. It is only with the NBI – all of you – that SPAK will be a complete success.

Stay in the fight.   Your partners around the world can shine the light on bad actors, but it will be the SPAK that will do the hard work:  investigating and prosecuting, working hand in hand to topple corruption and organized crime.

As you go forth from this graduation, you will be part of a new chapter of independent, trusted, efficient and credible judicial institutions.   Today is an important step forward in Albania’s fight against corruption and organized crime.  The NBI will show Albania that no one is above the law. It applies equally to everyone.  The days of impunity for the rich and powerful are over.   The people of Albania demand it.

As always, the United States stands ready to support you.   Whether it’s to develop the NBI as an institution; whether to grow your professional capabilities; or to provide assistance to the NBI.