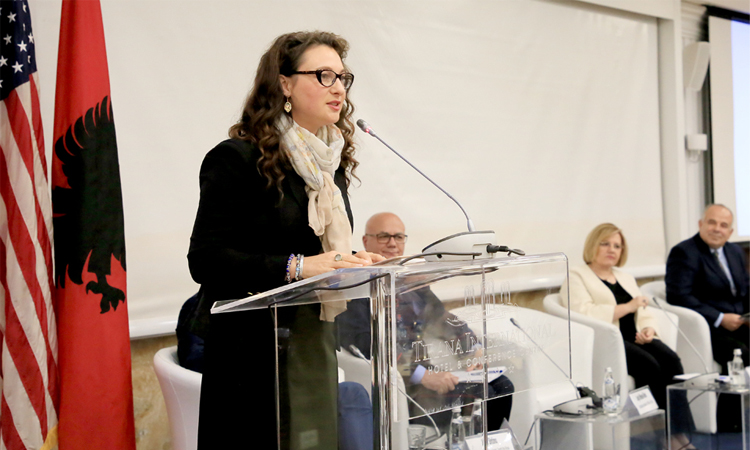 Honorable Deputy Speaker Hysi, Deputy Minister Treni, Coordinator Sojati, Mr. Hroni, distinguished guests. It is my honor to be here with you today.

Allow me to begin today by congratulating not only IDM for the conclusion of the successful pilot, “Schools as Community Centers,” but also to all those who helped ensure the program’s success.  It took all of you, at the national, local, community, and school levels to implement this program and, in the end, build more resilient communities.  Additionally, the steps taken by state, religious, civil society, and other players in the Albania during this pilot have raised awareness on the risks and forms of violent extremism and have reinforced the importance of having religious communities and authorities who are alert to this threat.

The road to today’s meeting traces back to the first CVE summit held by the White House in February 2015.  It was at that meeting, and the subsequent Balkan CVE summit held here in Tirana, where leaders recognized that no country in the region is immune to the threat posed by terrorism.  At that meeting, governments underscored their commitment to countering violent extremism in all of its forms and addressing the drivers of this extremism.

After that meeting, Albania took action.

Albania was the first government in the region to prioritize national funding for countering violent extremism.  When Albania established the National CVE Center in January 2018, it set the standard for the rest of the region. It served as an example of Albania’s commitment to the issue through its implementation of the National CVE Strategy, which developed a wide range of tools to tackle the underlying drivers that fuel the appeal and spread of violent extremism.

The strategy also empowered local actors to adopt tailored approaches sensitive to local cultures and religious beliefs to address this phenomenon. It opened the door to programs such as this, the “Schools as Community Centers.”

We applaud the work of IDM, the National CVE Center, and all the local partners on the implementation of this project.  It is through your work that we can say these communities are more resilient because all stakeholders recognize the responsibility they share in preventing violent extremism in their own communities. The only way to guarantee success is through cooperation among schools, local government, law enforcement, civil society, youth, religious communities, and all other community leaders.  As the old saying goes, it really does take a village.

One additional byproduct of this approach is that the communities who took part in this project emerged stronger.  Citizens, especially youth, now understand that they can have a direct impact on their community.  There is a reason, and a reward, to engage.  That they can make a difference. They are empowered.  These are real results and we were happy to support this project.

And we will continue to support CVE efforts across Albania.  The U.S. government supports more than $5 million in CVE assistance-funded programs in Albania.  We are not only helping you build community resilience, but we are also empowering women and youth, we are strengthening local governance, and we are promoting moderate voices within religious communities.

We are committed to our partnership with our NATO ally Albania, and will continue to support efforts that build communities, provide opportunities for youth engagement and off ramps from violence, and those that help citizens contribute to the common good.

To all of you here today, you can make a difference.  Thank you for all you have done, and know that we stand by you in your future endeavors to address this very important issue.