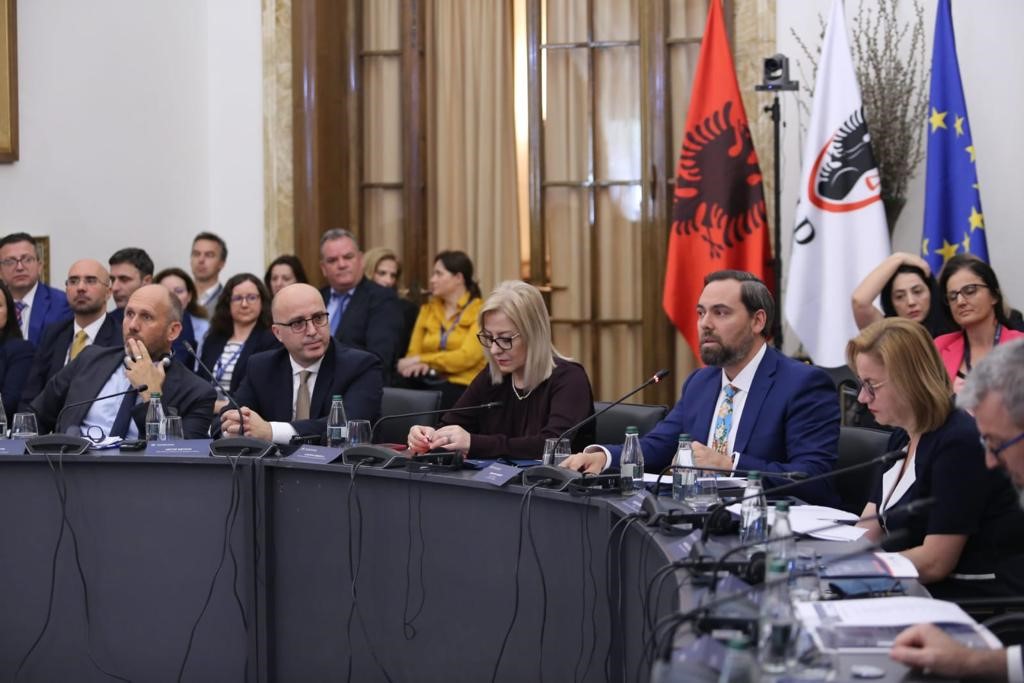 Six years ago, Albania enacted the constitutional and legal amendments that established a framework for a comprehensive justice reform.  Polling at the time showed that 25% of judges admitted to corruption in court and 57% admitted to political interference.  More than a third of judges had large amounts of unexplained wealth.

Albania’s justice reform created several new justice institutions to fight this corruption.  One of those new institutions is the High Inspectorate of Justice. You are charged with investigating and disciplining judges and prosecutors – an important part of maintaining trust in the justice system. You also ensure judicial and prosecutorial independence, one of the many important topics on your agenda today.

The rule of law is the bedrock of democracy.  That means having independent judges and prosecutors who can make decisions free from political and economic influence.

Democracies around the world today agree that an independent justice system is critical not only to the rule of law, but to the success of democracy. Never before has Albania had such a comprehensive framework for investigating and disciplining judges and prosecutors.  It is up to you to use these tools to continue what vetting has started to ensure a fair and independent justice system.

As you all know, Albanians are beginning to see results — from the removal of corrupt judges and prosecutors to the arrests of politicians, police, and organized criminals.  We are starting to see a new era where the system can serve its citizens, and not just the politically connected, the wealthy, and the criminal.

This is a start, and more that needs to be done.  You have built new justice institutions on behalf of the Albanian people.  It is just as important to use them to their full extent, on your fellow citizens’ behalf.  You must be effective, independent, and impartial to ensure a strong, fair, and honest justice system that will keep your democracy strong.

The United States encourages you to keep up the good work and the hard work, regardless of the obstacles you face.  Alongside our EU partners – and I want to echo the comments of my EU colleague on the close U.S.-EU partnership on justice reform – we supported the initiation of Justice Reform in 2016, and we have been there every step of the way, through vetting and the creation of the new institutions.  We are starting to see the impact of a cleaner judiciary and dedicated anti-corruption prosecutors and investigators.

It depends on the vigilance and commitment of institutions like the High Inspectorate of Justice to maintain progress against corruption and ensure the integrity of the judicial system.

Today, you have important discussions with European partners on what is working and what can be done better.

In the end, real, meaningful change, it is up to you, the stakeholders in the justice system, to embrace reform and to make the system work for every Albanian.