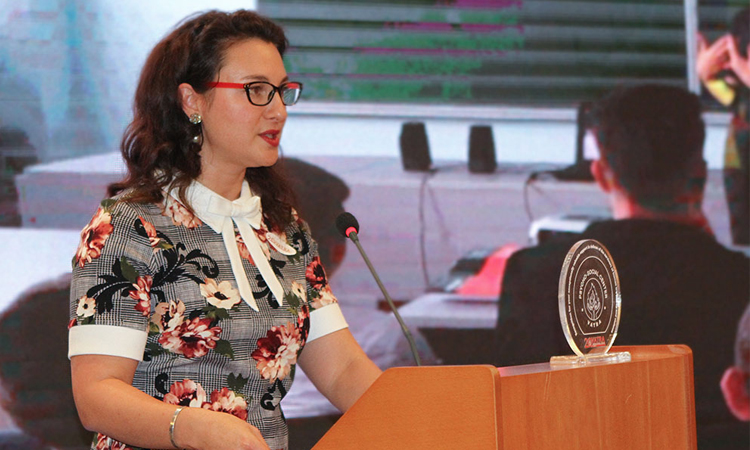 It is a pleasure to be here to celebrate Vatra organization’s 20th anniversary this evening, and also to receive this amazing distinction on behalf of the United States Embassy!

Thank you so much! And thank you to my incredible team of professionals who have worked, some for 20 years, alongside Vatra! So, thank you!

The United States views trafficking in persons, the fight against it, as a very high priority and brings all the assistance to bear to that fight to the highest levels of government. This is a horrendous crime; it is modern slavery.  It is a crime that spans the globe and it is a crime with many victims: not only those who are trafficked, but also the families, the friends, and the communities that they leave behind.

And through assistance to organizations working on the front lines providing aid to victims and helping governments build capacity, the United States works with our international partners, like Vatra, to create an unstoppable team to fight this terrible cruelty and crime.

As Secretary Pompeo has said, “If we’re going to win this fight, national governments must empower local communities to proactively identify human trafficking and to develop local solutions to address it.”

And we all know the incredible role the civil society organizations play and it is irreplaceable.

We heard so many words this evening about Vatra and how they are an exemplary civil society organization. I couldn’t agree more. Their education and awareness programs, the victim identification, support, and reintegration services, is so important for these victims.

So, it is not a coincidence that we were among the first supporters of Vatra, it has been such an important pioneer in the efforts to help victims of both human trafficking and victims of domestic violence, as we heard.

Vatra was one of the first organizations to signal the danger of human trafficking, and it continues to be the sole organization offering shelter and rehabilitation for victims and potential victims of trafficking and domestic violence in southern Albania. It has been essential to hundreds, if not thousands, of women and girls and children all over the country who cherish their freedom. And we are so proud to have partnered with Vatra!

I would like to take advantage of this opportunity to celebrate the exceptional efforts of Vera Lesko, who first started this courageous battle against trafficking twenty years ago, and Brikena Puka, the Executive Director. What admirable and strong leadership and what courageous dedication! I can remember several moments in my diplomatic career where I felt incredibly proud to be both a diplomat and an American. But tonight, when you Mrs. Lesko said what you said about the accompanying the victim to the Court, and the intimidation tactic by the perpetrators of the crime, who said to one another “the United States is with her, stand down.” And I can tell you the United States is with you, so all criminals should stand down from now on.

government and institutions in Albania working together to strengthen regulations and more importantly, to put into practice the entire arch of the criminal justice system, to protect victims and to actually achieve justice for victims.

Thank you very much for this recognition!