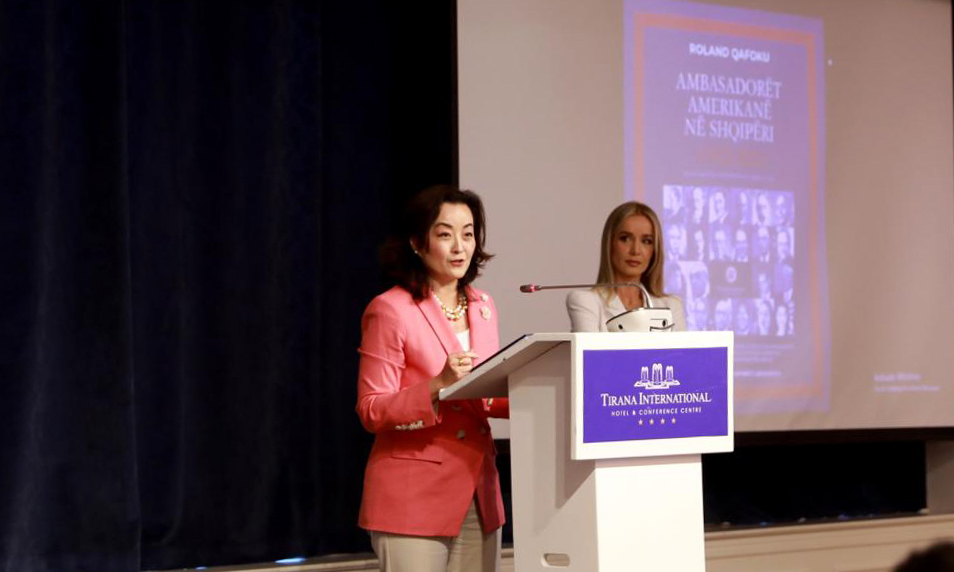 I have been thinking this year during our celebrations of 100 years of US-Albania relations about all that has happened before all of us showed up on the scene. A lot has happened.  We have had our share of trials and tribulations, and also successes. And here today, by coincidence, on this day when we congratulate Mr. Qafoku for his excellent book, we are also celebrating the formal start of negotiations for Albania’s membership in the European Union. And who could have imagined that a hundred years ago?

Here is what I wanted to say: For every American Ambassador it is a great honor to be asked by the President of the United States to represent our country to another country. For those of us who are able to come to Albania as Ambassador, it’s an even greater honor, and it is a very special honor. It is not because Albania is the biggest country or because it is the richest country; it is none of those kinds of things. It is simply that this is the most special country. There is no country like Albania, nobody in the world like an Albanian. And the friendship that Americans have, that American Ambassadors are able to experience personally with you, is something truly unforgettable.

I may have mentioned before, that before I came to Tirana, I visited the previous Ambassadors who are still with us, including Ambassador Ryerson. He gave me old fashioned directions to his home. He did not drop a point for me to follow on GPS. He sent me a long instruction: go two miles this way, turn left 1.5 miles this way, turn right, etc. And I said, ‘How will I know when I’ve reached your house? It is a long ride, 1 hour outside of Washington.” He told me, “Don’t worry, you will know.” So, I am driving one hour, passing houses, horses, farms, airports. And then, at the end of a long hour, I see it – I knew this is where Ambassador Ryerson lives. You know how I knew? Even in the countryside in Washington DC, so may years after he left this country, outside his home, there is the kuqezi flying proudly next to the American flag. In his heart, he never left Albania.

So, this is the other thing I want to say. In a hundred years of friendship between the United States and Albania, we’ve left twice: in 1946 for a very long time, and in 1997. I hope that such episodes will never be repeated. I hope all of us will learn the lessons of dictatorship, of violence. I hope that we come together, stay together as friends.