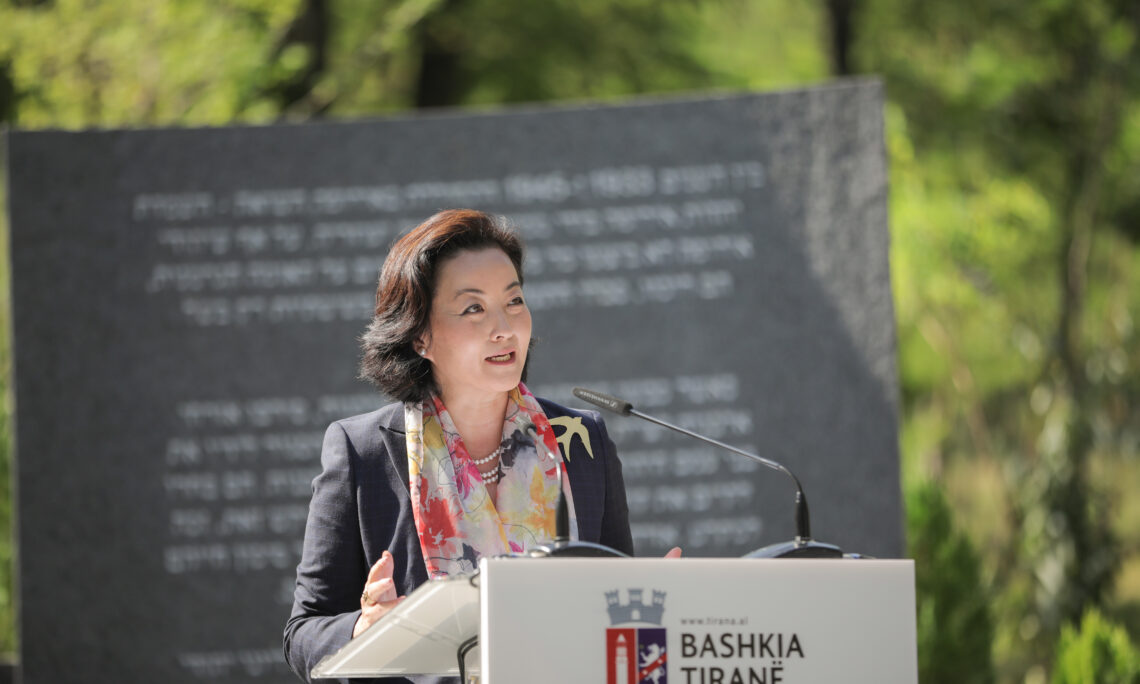 It is an honor to dedicate this memorial in honor of the people of Albania who risked their lives to protect the Jews of Europe. After Hitler’s rise to power, Albanian families sheltered hundreds of Jewish people from around Europe, saving them from Nazi forces. When Nazi occupiers demanded a list of Jewish citizens from the Albanian government, the government refused. People from all walks of life, Muslims, Christians, elites, peasants, teachers, government officials, and clergy – an entire nation – worked to rescue Jews. It is an inspiring story of humanity, courage, and honor – of the Albanian tradition of “besa.”

I am proud that the U.S. government, through the U.S. Commission for the Preservation of America’s Heritage Abroad, and the tireless work of its members, is recognizing the valor of the Albanian people through this powerful memorial. I would like to thank the Government of Albanian, especially Mayor Veliaj and the municipality of Tirana, for helping make this project a reality. I would like to thank former Chairman Warren Miller, who initiated this project; Stephen Jacobs, who designed this beautiful memorial; and former Commission member Ronald Bloom, who donated funds for its creation. I would also like to recognize one of my predecessors, Ambassador John Withers, who exerted tremendous effort to erect this memorial. He notes that: “Eighty years ago, the darkness of war and genocide engulfed the world. But light shone in Albania. Elsewhere, millions of Jews and other persecuted peoples perished in the Holocaust. But not in Albania, where the Albanian people stood for life and protected their Jewish kinsmen.”

This memorial is not just about the past, but about the future. May we always bless the memory of the people of Albania who acted selflessly to protect their Jewish neighbors and guests. May this memorial remind us always of the importance of such acts. And may we be inspired by them to our own acts of humanity, courage, and honor.