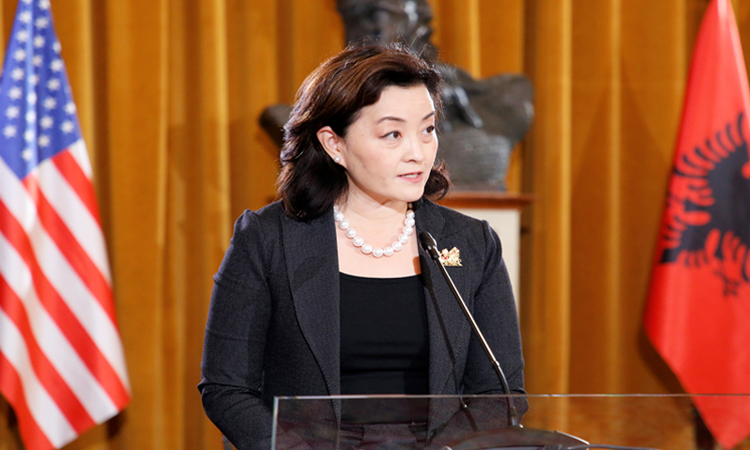 It is a great honor to sign this Extradition Treaty between the government of the United States and the government of Albania, which is the latest testament to the ever-growing partnership between our nations. This treaty modernizes and supersedes the one between the United States of America and the Kingdom of Albania, signed 87 years ago, on March 1, 1933 in Tirana.

This Extradition Treaty provides a modern framework that will enable the United States and Albania to confront more effectively the dynamic challenges presented by transnational crime. This treaty no longer limits the extraditable offenses to a simple list. The scope is widened to reflect modern concepts in the fight against crime and the robust nature of our security relationship. This treaty provides another powerful weapon to end the impunity of criminals attempting to hide behind borders.

There will no be safe haven here, or in the United States, for fugitives who try to escape justice. Persons sought for prosecution, or for service of a sentence, for an extraditable offense will be surrendered under the conditions of this treaty.

The United States has played a crucial role in supporting Albania in its development as an effective, reliable partner for Euro-Atlantic law enforcement. The more effective Albania is in prosecuting transnational crime, the readier it will be to be a full member of the Euro-Atlantic family.

The United States will continue to stand with Albania and support its endeavor to advance judicial reform, despite all the challenges it faces. Through our justice-sector programs, we encourage and support the invaluable work of the Special Prosecution Office (SPO) in prioritizing and focusing resources on the most significant cases against high-level corruption and against organized crime. We are also working with the National Bureau of Investigation (NBI) in every step of its development, currently assisting in the selection of the best of the best investigators through a fair, objective, and transparent hiring process. Helping SPAK become fully operable (both SPO and NBI) is a priority for the U.S. Embassy. It is a process still under way and a prerequisite for achieving notable results in the fight against corruption and organized crime. SPAK’s success is not only what the United States expects – it is what Albanian citizens want, need, and deserve.

As I appreciate our joint efforts that led to today’s agreement, I trust the ratification and the honoring of the extradition commitments will be in force without delay, and I welcome every opportunity for broad and vigorous cooperation between the United States and Albania. Our partnership is long-standing and our friendship is constant.