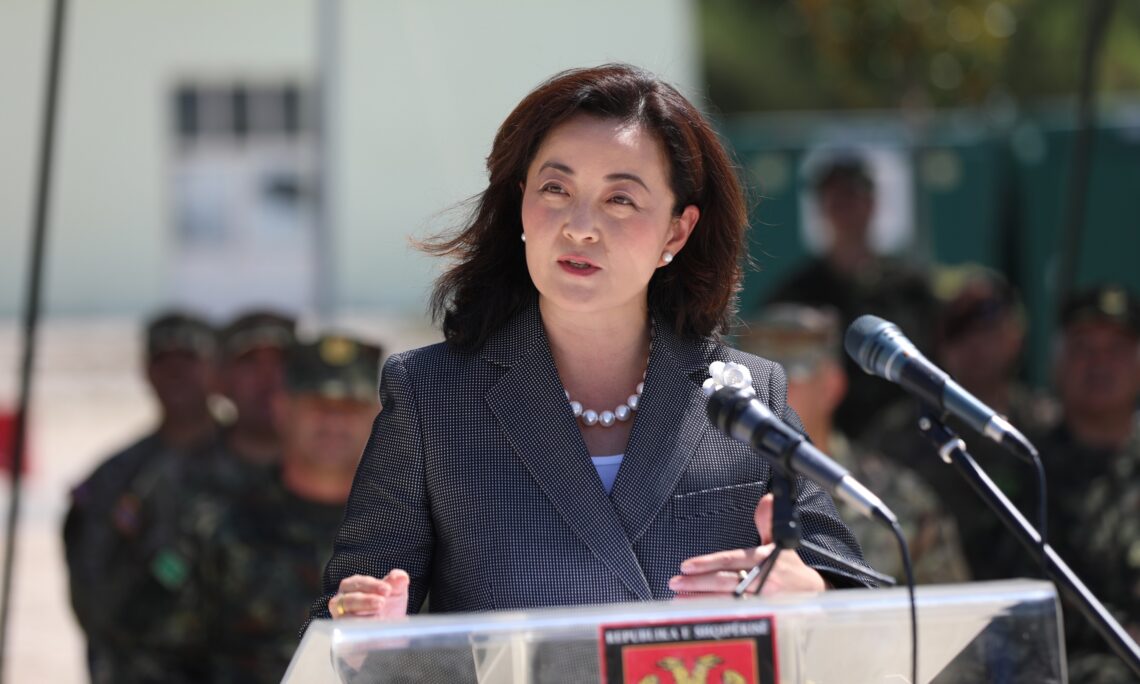 As we mark 100 years of relations, we are finding a truly historic way to bring our military relationship to new heights.

For decades, Albanian and U.S. troops have trained, fought, and lived shoulder to shoulder throughout the world. But today, we mark an important step in our bilateral defense partnership here, in Albania.

Earlier this year, on March 9, we established in Tirana the headquarters the Balkans Task Group of U.S. Special Forces – the first persistent presence of U.S. forces in Albania in history. Today, we are pleased to formally activate another element of our presence: the U.S Army’s Security Force Assistance Brigade, also known as SFAB.

SFAB, which is the premier military training unit of our military, is partnering with the premier Albanian military unit – the Light Infantry Battle Group – to strengthen Albania’s military capabilities.

The Light Infantry Battle Group has already made significant strides toward meeting its NATO capability targets. Under Minister Peleshi and Brigadier General Kingji, Albanian forces continue to improve through modernization, infrastructure development, and structural changes that will play an important role in not only Albania, but regional and global security.

Indeed, Russia’s unprovoked, unjustifiable, brutal invasion of Ukraine makes clear that the capabilities and interoperability of NATO Allies is critical. The Soldiers of SFAB are proven leaders who are the best at their craft, and they will bring forth their best efforts every hour of every day to ensure that U.S. and Albanian forces can do just that.

Our SFAB Soldiers will also no doubt further strengthen the unbreakable bond between the United States and Albania. To the U.S. and Albanian troops here today, I salute you and I thank you for your contributions to the enduring U.S.-Albanian relationship. The work you will accomplish together will help us build the next 100 years of relations.