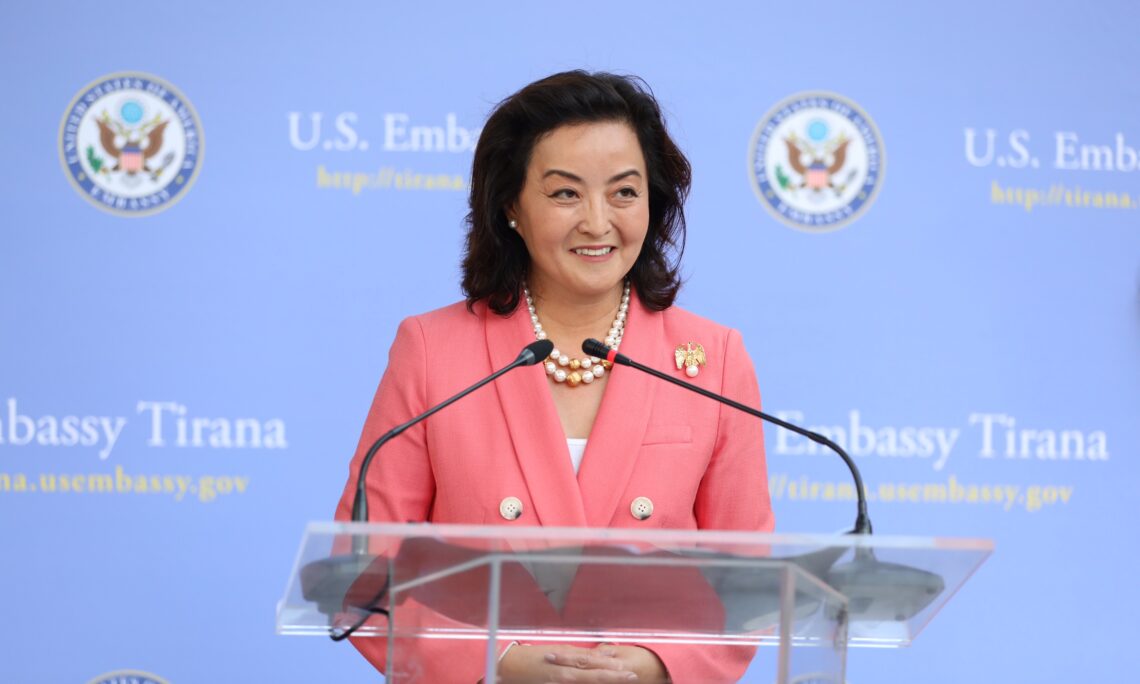 245 years ago, the Second Continental Congress, representing the 13 American colonies of the Kingdom, adopted the Declaration of Independence. A lot has changed since then: Instead of 13 colonies huddled along the Atlantic Ocean, we are now 50 states and five territories that span the entire globe, including Guam – my home – which is closest to the international dateline and thus where America’s day begins. The Continental Congress was made up of 60 members – all men, all middle-class landowners and some slaveowners of British descent. The 117th U.S. Congress, inaugurated this year, includes 124 lawmakers who are Black, Hispanic, Asian/Pacific Islander or Native American – descendants of slaves, those who were here well before America was “discovered,” immigrants who came to America with empty pockets but big dreams. There are even women – imagine that!

The Declaration of Independence contains the famous assertion that: “We hold these truths to be self-evident, that all men are created equal, that they are endowed by their Creator with certain unalienable Rights, that among these are Life, Liberty and the pursuit of Happiness.—That to secure these rights, Governments are instituted among Men, deriving their just powers from the consent of the governed,—That whenever any Form of Government becomes destructive of these ends, it is the Right of the People to alter or to abolish it, and to institute new Government, laying its foundation on such principles and organizing its powers in such form, as to them shall seem most likely to effect their Safety and Happiness.”

The Declaration of Independence was a statement of truth, but more so a statement of aspiration, and since those words first rang out in 1776, the American people have striven – sometimes struggled and fought – to make that great national aspiration more true for every generation.

The connection between truth and aspiration – between what we believe, what we hope for, and what we are willing to work to achieve – that is the heart of the American Dream. It is also what connects the United States and Albania.

Tonight, as we celebrate the 245th birthday of the United States, we also mark 30 years since the people of Albania rejected communist dictatorship in favor of democracy. In one of your first acts as a free people, Albania extended a hand of friendship to the United States. The United States proudly grasped your hand in 1991, and we have never let go.

As we come together this evening to celebrate democracy – whether it be 245 years or 30 years old – it is evident in our respective experiences that democracy is not easy. It must be cherished, valued, defended, renewed. We should celebrate our successes and use them as inspiration for even greater successes. We should face our shortcomings in the same spirit – without embarrassment or fear, but with determination to find common ground, better ways to work with our fellow citizens and chart a way forward, mindful of the lessons of the past, but always with our eyes on the future.

So as we celebrate the 245th birthday of the United States and the 30th anniversary of the re-establishment of diplomatic relations between the United States and Albania, let us resolve to cherish, value, defend, and renew democracy; to remember the aspirations of those who declared independence – whether in 1776 in Philadelphia or 1991 in Skanderbeg Square; and to play our part in making those aspirations more true for the next generation.

As some of you may know, our Independence Day celebration usually calls for remarks by someone representing the United States and remarks by someone representing Albania. With our eyes firmly focused on the future, may I ask you to welcome Dea Rrozhani to speak on behalf of not only Albania, but the future. Dea first came to the American Corner in Tirana when she was eight years old. In 2019, Dea’s team went to Silicon Valley as the Albanian representative and won the Technovation global challenge. This Fall, Dea will join the freshman class at the University of Pennsylvania. The future is indeed bright.

Please join me in raising a glass to the 245th birthday of the United States of America, to the 30th anniversary of the re-establishment of diplomatic relations between the United States and Albania, and to the future. Gezuar!