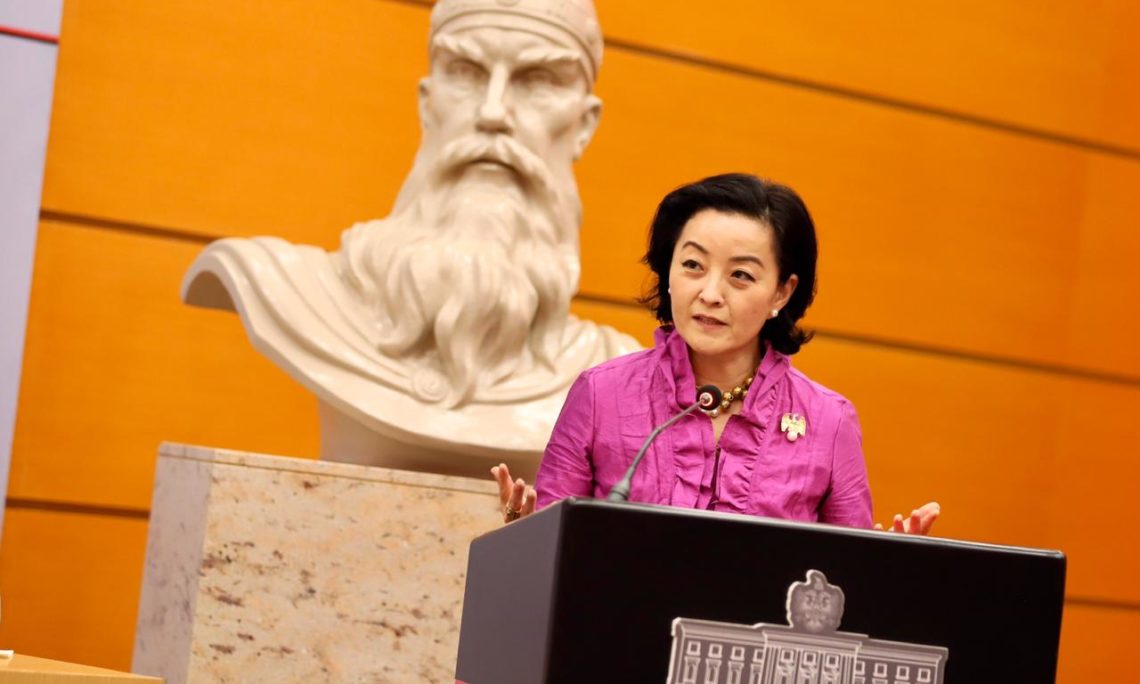 Good afternoon, Minister Lleshaj, and thank you for hosting this important signing at the Interior Ministry.

We gather this afternoon to mark the implementation of Albania’s Passenger Name Record law, as well as the deepening of U.S.-Albanian law enforcement and counterterrorism cooperation. Terrorism is a threat to everyone, everywhere, and only through close coordination can we hope to hold it at bay.

Albania is taking an important step forward, by using traveler data to screen those who seek to enter or exit Albania, including terrorists, serious criminals, and other malign actors, to keep them from traveling. Albania is now in line with its international and European Union obligations, a stronger ally fighting a common threat. Albania also continues its close partnership with the United States to strengthen Albania’s borders and increase its commitment to collective security.

The United States commends the Government of Albania on its continued commitment to border security improvements, as proven by its increased cooperation with the U.S. Embassy on a range of border-related regional security issues. Through these improvements, Albania will increase its effectiveness at interdicting terrorist travel as part of the global fight against terrorism.

In the short time that I have been here, I have been impressed by the Government of Albania’s focus and determination to be a net contributor to stability throughout the Balkans. Your efforts ensure that people throughout the region, indeed throughout the European continent, are able to live peacefully.

Thank you for making border security a priority!