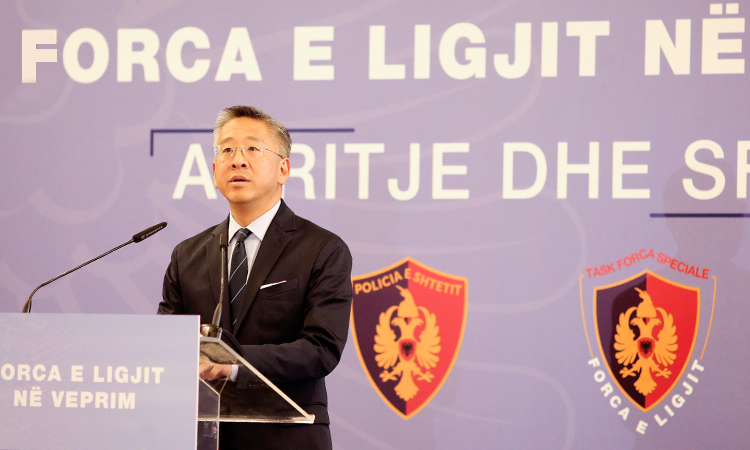 Eight months ago, we met to hear Minister Xhafaj declare war on organized crime.  At that time, we pledged our resources to support going after the big fish criminals.

A lot has happened in eight months, but a lot more remains to be done.

First, this government has admitted the serious challenge Albania faces from organized crime.

Third, Albanian customs discovered 613 kilos of Columbian cocaine which led to the arrest of drug trafficker Arberi Cekaj in Germany. Some of Cekaj’s gang have been arrested and we hope that more will be arrested in the coming days.

This is an impressive amount of activity in a short period of time, but we want to see concrete results.  We want to see big fish prosecuted, convicted and sitting in jail.  That will be success.

I did want to highlight one failure of the government, the prosecutors and the police – It is the failure to arrest Klement Balili.  Two years ago, the DEA worked with the Greek police to arrest several members of Balili’s gang in Greece.  Later, the Greek courts convicted Balili and gave him a life sentence plus 15 years.

Balili is a powerful organized crime leader with political connections.  For two years, the government, the police and the prosecutors have been unable or unwilling to arrest him.

No one is above the law.  We call on Minister Xhafaj, the police, and the prosecutors to continue, without mercy, the war on organized crime.

Finally, the Independent Qualifications Committee has said it plans to finish the vetting of candidates for the High Prosecutorial Council this summer.  This will allow the formation soon of the KLP, SPAK and the BKH.  We have pledged the resources of OPDAT, ICITAP and the FBI to support the creation of these essential institutions.

Criminal leaders should be afraid.  Justice is coming for them.