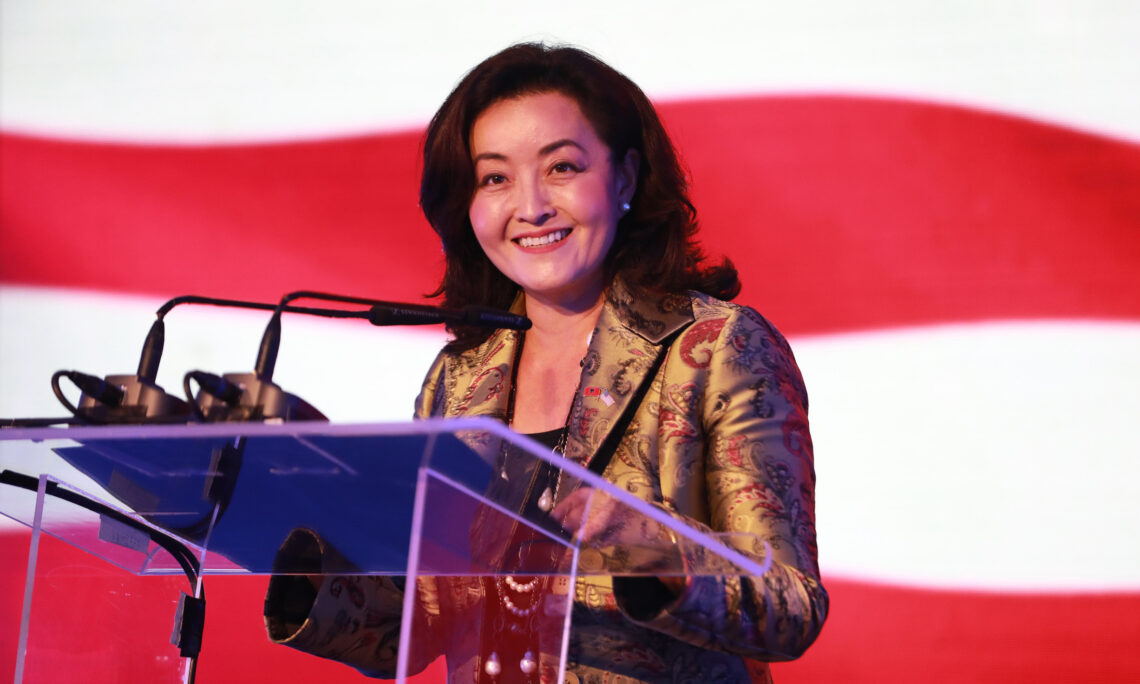 There is a saying that is found in just about every country in the world: “You reap what you sow.”

More than one hundred years ago, as World War I came to an end, a seed was planted in the rubble of war – it was the idea that nations have a right to determine their own fate and that Albania should exist as a sovereign, independent state.

That seed was planted alongside another that we are born with – the idea that humans are meant to be free, that we are endowed with certain rights, that we each deserve dignity.

Those precious seeds grew in different ways, twisted in the darkness imposed by communist dictatorship. In 1991, the people of Albania broke through that darkness. In so doing, you not only let the sun shine at last on those seeds, but you joined hands with us again to plant new seeds.

The Albanian American Development Fund – or AADF – was one of those seeds. In 1995, the American people – through USAID – committed $30 million to establish the American Albanian Enterprise Fund. This money had one purpose – to promote Albania’s economic development. AAEF invested in projects, villages, businesses – they invested in the people of Albania and their future.

In 2009, the Albanian American Development Fund – or AADF – was born out of the AAEF to strengthen democratic institutions, promote the development of a sustainable private sector economy, and contribute to regional stability.

AADF is also shaping the next generation of Albanian leaders who will build a fairer, more prosperous, and more secure Albania. You could say that AADF is planting seeds for a new season and a bigger harvest to come.