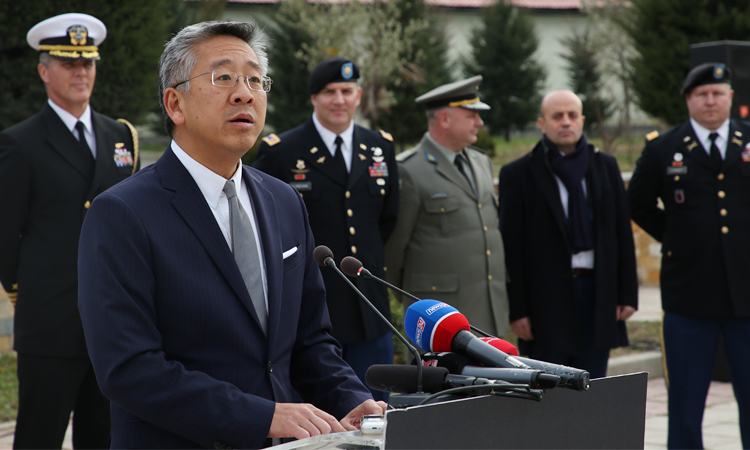 Good afternoon.  I come with a simple message from your American allies — We believe in the heroism of Albanian soldiers, sailors and airmen.

We have seen this heroism in Afghanistan, in Iraq, in Bosnia, in Mali and in Latvia.

We have also seen this heroism at home in Albania in rescuing families from floods, fires and snow storms.  We have seen you build bridges, save children using helicopters, and care for the sick and wounded.

After last year’s terrible flooding, the U.S. military responded to your request to NATO for disaster relief equipment.

Today we are donating the first shipment of disaster response supplies, which have a total value of over $600,000, to the General Directorate of Civil Emergencies.  It includes rescue equipment such as four inflatable boats, 126 rescue diver wet suits, and 10 large military generators.  It also contains humanitarian supplies to support victims of disaster, including 1600 blankets, 600 sleeping bags, 100 heaters, and 15 tents.

We believe in the heroism of the Albanian Armed Forces and we are proud to support them in their mission to save lives at home and overseas.