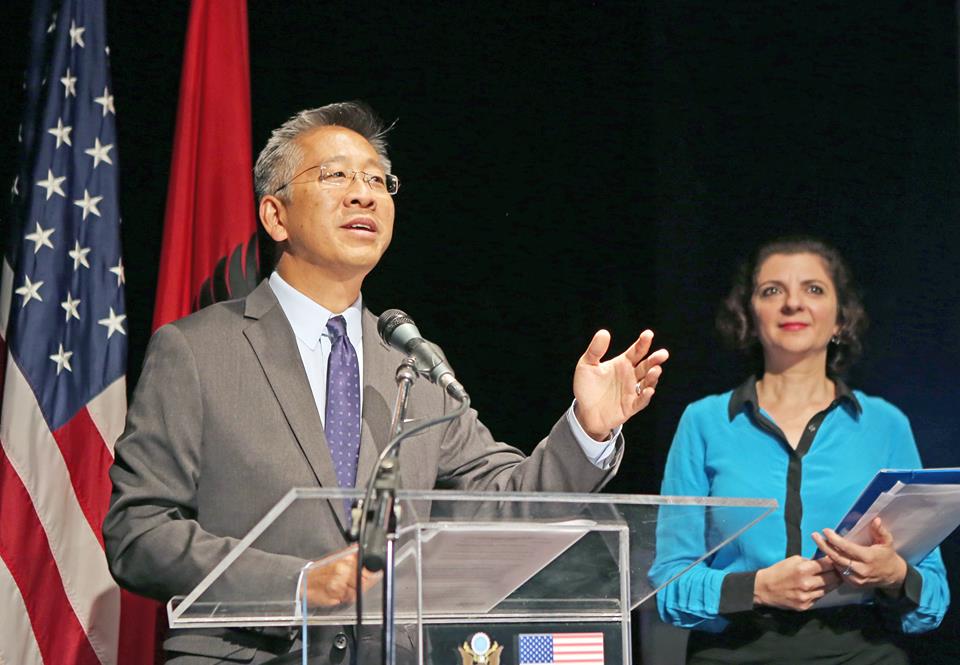 I was talking to an Albanian friend the other day.  He said he took his family to the beach this summer.  He and his young son were relaxing by the sea.  My friend finished his Tepelene water with gas and through the empty plastic bottle into the sea.  His little boy was so angry at this father for spoiling the environment.  He yelled at him.  Finally, the father had to admit that his young son was right.

I have heard people in America argue that it’s just the ocean and that if you throw something into it it is so big and vast, that really you’re not polluting anything.

They’re wrong.  In 1988, scientists discovered the Great Pacific Garbage Patch.  It sits in the middle of the Pacific Ocean and is estimated to be 700,000 square kilometers of plastic, chemical sludge and other debris.  This is 24 times the area of Albania.  Scientists also believe that 80 percent of garbage comes not from boats, oil drilling platforms, or other sea-based activity.  Eighty percent of this garbage comes from people throwing things into the ocean from the land.

We are very proud of the YES alumni, our Outdoor Ambassadors, and our colleagues from the Regional Education offices and American Councils for organizing this clean up event every year.  Over 900 people participated this year in eight of Albania’s largest cities.

This is a wonderful achievement, not only because you’ve made our world a little cleaner, but you’ve shown older people like me that young people in Albania can lead the way in support for the environment.

– A better and cleaner environment for you and your children,

– A political system free from corruption and criminals,

– An education system that gives opportunity to all young people, and

– An economy that gives jobs and dignity to hard working citizens.

I hope you all will continue your efforts to improve this country and to share these lessons with your friends, your teachers and your parents.