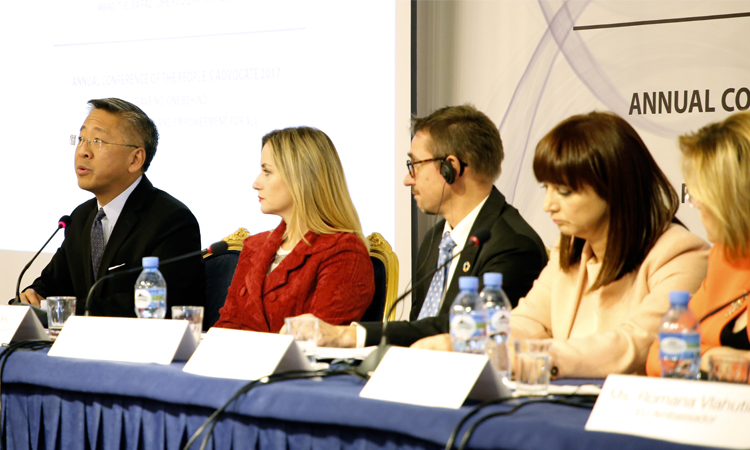 Many years ago when my wife was working on her academic research on domestic violence, she taught yoga at a shelter in Central Asia for women who had been trafficked or were victims of gender-based violence.  She would come home many days with the most unbelievable stories of what women and girls had endured at the hands of sex traffickers and criminal gangs.

When we first came to Albania, we visited each of the three NGO shelters and the one government shelter for domestic violence and trafficking.  There we met brave young girls, some just 14 years old, who had been trafficked and returned to Albania.  Many had been rejected by their families and had ended up in these shelters.

There we heard the story of a victim of domestic violence whose children were taken away by a corrupt judge.  Her abusive husband had been convicted for sex crimes.  When she finally had the courage to divorce him, instead of finding justice, the courts took away her children.  Her husband who beat her was given custody of two of their three children because he bribed the judge.  It destroyed her.

The judicial reform is entering a critical moment.  The Vetting Commissions and international monitors have been working hard.  They will complete their first vetting cases soon.  This will allow the formation of the other judicial reform bodies including the SPAK and the BKH.  The people of Albania are impatient for justice.

And the politicians are afraid.  Several politicians have said recently judicial reform is dead.  It is not dead, but the ability of powerful politicians to control and manipulate the justice system is almost dead.

The old system of justice protected powerful and wealthy people through corruption and political influence.  The new system cannot have a Prosecutor General who prosecutes no one.  This country cannot join the European Union if it continues to have the lowest rate of serious crimes prosecution in Europe.

We have called on the government and the opposition to work together to find the temporary replacement for the Prosecutor General, who ended his five-year mandate on December 7.  Both sides need to put an end to the era in which the General Prosecutor protects corrupt politicians.

In the name of the women and children who suffer as a result of a corrupt judicial system, I hope the politicians will put aside their petty differences and implement this judicial reform.

Let me conclude by praising Erinda Ballanca.  She has impressed me as a person of deep personal convictions and values.  She will fight hard for the rights of women, children, minorities, the LGBTI community and persons with disabilities.  We stand with the Advocate e Popullit in the defense of the rights of all of Albania’s citizens.