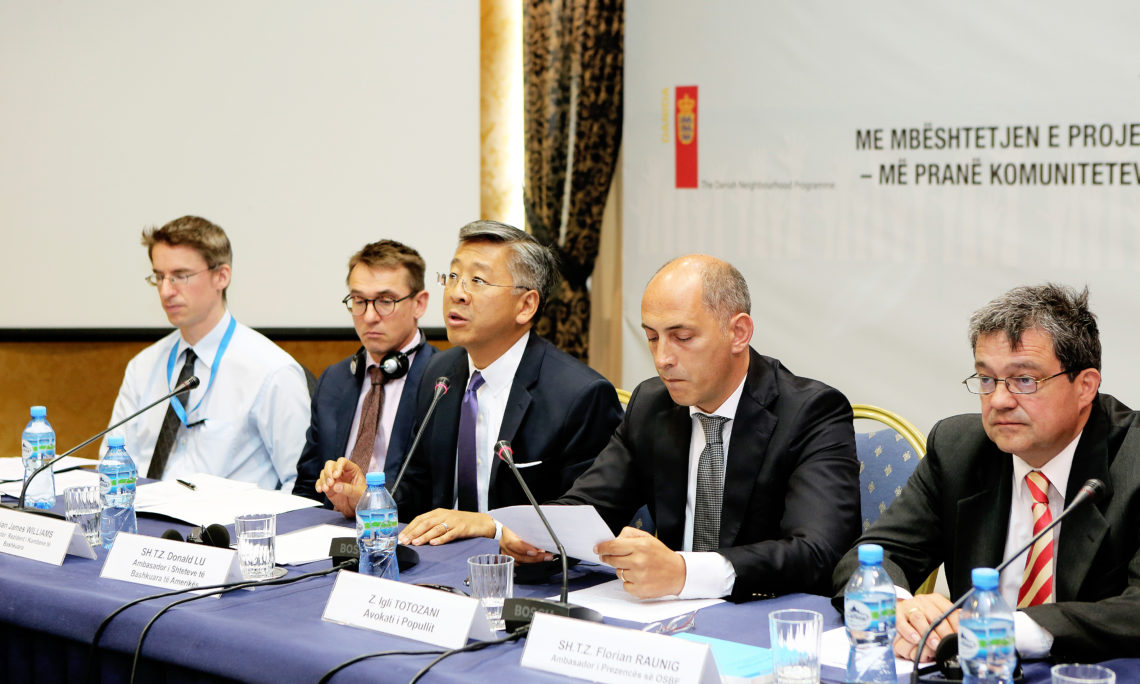 Before I talk about the important work of the Advokati i Popullit to defend human rights, I did want to acknowledge the important session being held right now in Ad Hoc Committee on Judicial Reform. Today they will debate and vote in principle on accepting the draft which incorporates the recommendations of the Venice Commission Final Opinion.  We hope that this will be a unanimous vote in favor that will demonstrate national unity around this reform that the people of Albania demand. We are all watching this process closely.

Twenty-two years ago, when I was a younger and better looking young man, I was the U.S. Embassy human rights officer in Tbilisi, Georgia.  It was the Wild West at that time.  The civil war in Abkhazia had just ended.  Organized crime bosses filled the streets and people were still being tortured in former KGB prisons.

I had a lot to write about as a human rights officer.  Then-President Eduard Shevardnadze wanted the U.S. Embassy to uncover stories about the torture going on the prisons that were controlled by a Russian-sympathizing KGB chief, who would later attempt to assassinate Shevardnadze.  We would be given access by the President to prisoners who had been recently tortured while the prison officials filmed us and tried to intimidate us.  We also traveled to Southern Abkhazia where ethnic Georgians had been tortured and murdered by ethnic Abkhaz.  I’ll never forget visiting former schools that had been used as torture centers with blood stains covering the walls.

And this is why Igli Totozani and his staff are so good at what they do.  They are willing to speak truth to power and challenge authority when they see injustice.  But most of all they feel deeply the suffering and discrimination of their fellow Albanians.

This year, the U.S. Embassy is proud to have worked with the Advocati i Populit to improve the lives of people with disabilities, to advance the rights of the LGBT community, and to seek safer and more dignified housing for Roma families in Tirana.

Dr. Totozani has excellent cooperation with the international community.  He has strong relations with civil society.  What I see lacking is the willingness of the government to have a dialogue with the Advokati i Popullit and accept that sometimes they make mistakes.

I am a government worker and I admit that sometimes I make mistakes.  I hope that we can see some humility and willingness to cooperate on human rights from our friends in the Albanian government.

Congratulations to the whole team of the office of the Advokati i Popullit on the completion of their excellent annual report on human rights.  I intend to ask every senior government person I meet whether he or she has read Dr. Totozani’s report.