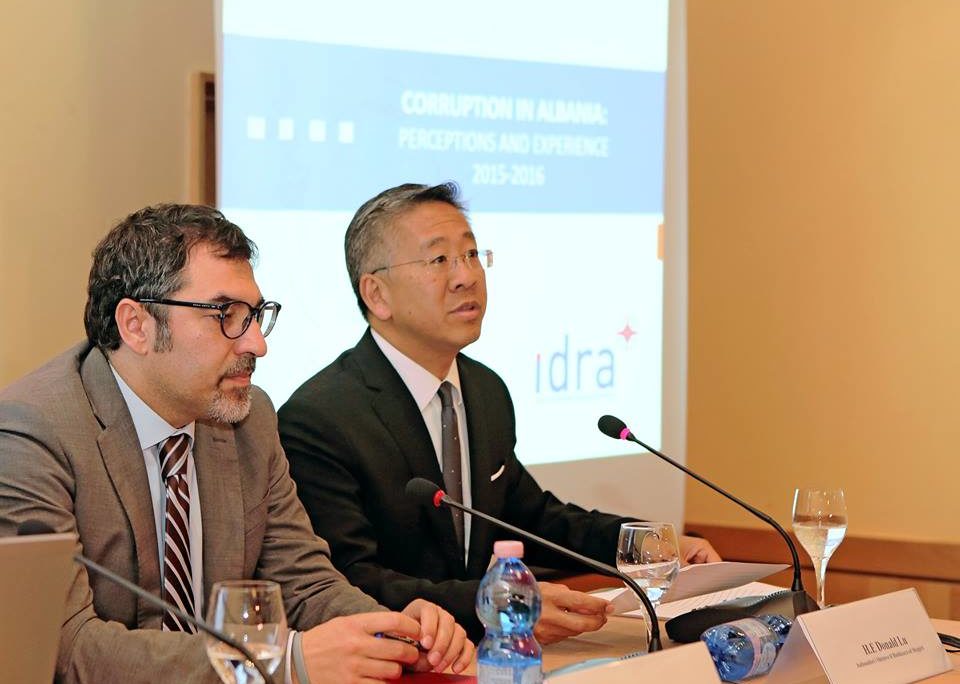 One of the reasons I care so much about corruption and judicial reform is a story I heard about an Albanian woman and how a corrupt judge robbed her of her children.  She married a man who beat her for many years.  Earlier he had been convicted for sex crimes.  After years of suffering she finally had the courage to leave her husband for the safety of her children.  When she went to the Albanian court system looking for justice, she found only more suffering.  The judge gave her husband, a convicted violent sex offender, all of the property and custody of two of her three children.  It broke her heart.  And why would a judge rule in favor of such a man?  One simple reason — corruption.

Judicial corruption not only allows judges and politicians to fill their pockets with corrupt money, it is destroying the lives of normal honest people.  Rich and powerful men buy justice, while women, the poor and those without political power are the victims.

How many of us have heard these same stories?

I had a discussion this week with a politician who claimed that the Albanian people cannot really understand the debate about judicial reform.  Frankly, this is typical of the arrogance of Albanian politicians and elites who believe that only they are smart enough to understand what is going on in Albanian society.

And how do I know that Albanians understand the reforms and the problem of corruption?   Because of serious research by civil society.

For many years, the U.S. government, through USAID and now through the Democracy Commission, has supported this corruption perception index.  It is done professionally and with a large number of Albanians across the country.

The report shows some progress over the last 12 months with a decrease of 13 percent in people who say that they have had a personal and direct experience with corruption.

The study continues to show that the biggest problems of corruption remain with political party leaders, prosecutors, judges and customs officers.  I am not at all surprised by this conclusion.  It shows that the people of Albania really do understand what is happening with corruption in their country.  It is time that politicians started listening to them.

Finally, I would like to thank IDRA Director Auron Pasha and all of the staff who worked on this comprehensive survey.  One of the reasons why we believe corruption statistics are improving is the activism of civil society groups like IDRA.