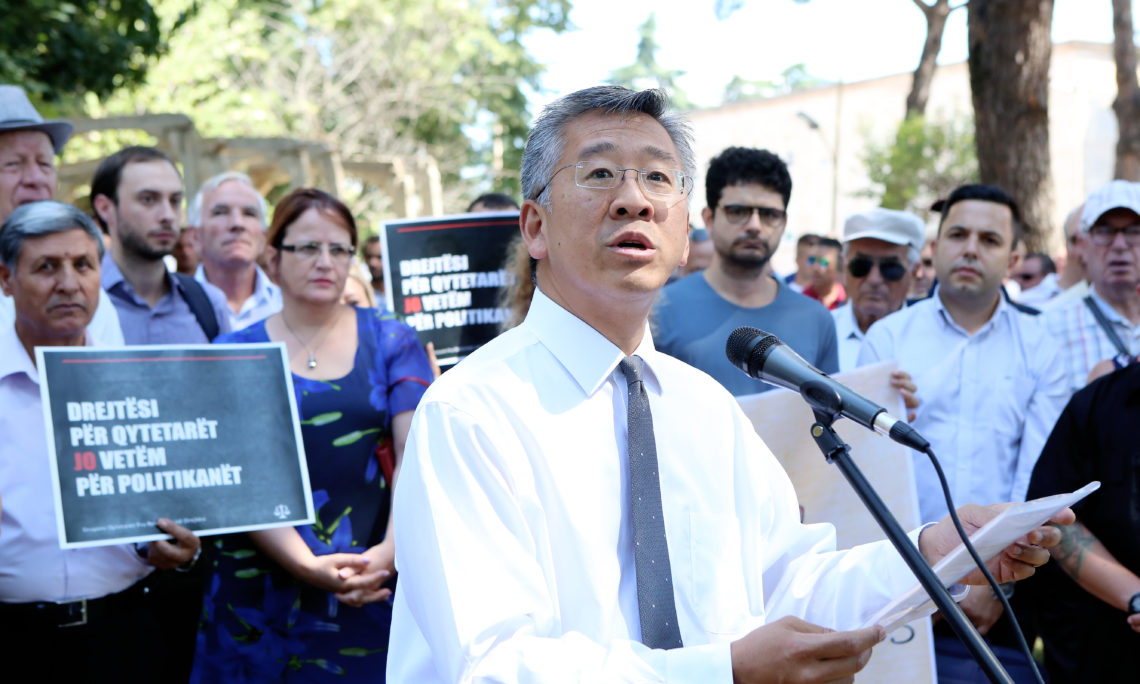 Yesterday after the short meeting between Mr. Rama, Mr. Meta and Mr. Basha, our experts met for 8 hours of intensive negotiations until 2:00 in the morning.

But they did not reach a deal.

After 18 months of negotiating, why do we never reach a deal?”

Why?  Because, clearly, some of these politicians do not want a deal.

Two weeks ago, I heard loudly from Basha and Bylykbashi that if we would solve paragraph 88 and they would vote for the reform the next day.

We solved paragraph 88 on July 9.  Rama finally gave up and offered them exactly what Basha had demanded, a process of selection called 6 plus 6.

But this was not enough.  Now, for the first time, they say because of national sovereignty they cannot accept foreigners making assessments of the qualifications of commissioners.

Well that’s strange.  On May 19, Basha told Amb. Vlahutin and us that foreigners were the only people who could clean the head of the fish.  He told the same thing to EU deputies Kukan and Flekenstein.  Bylykbashi included it clearly into his formal, written proposal that he sent to us.  Now suddenly they are changing their position.

Why?  Powerful people are afraid.  Citizens are demanding change.  It is time to decide.

In the last days I have met dozens of deputies, from all political parties.  I am convinced that these people have the best interests of Albania in their hearts.  They all want this reform.  The question is whether they will have the courage to vote for what they know to be right for Albania, or they will vote because of fear of their party leaders.

Albania was founded more than 100 years ago by courageous men and women.  Men like Ismail Qemali risked their lives for the independence of this nation.  Now it is again time to ask Albanians for courage and the confidence to do what is right.

Now is the time to decide.  Pass this reform.