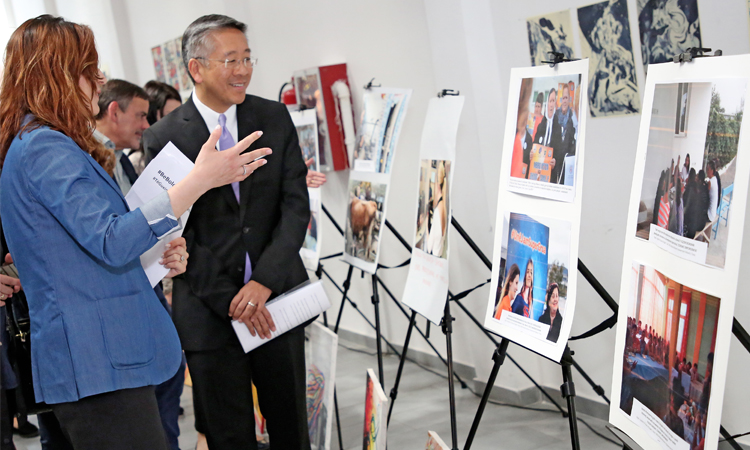 I want to tell you the story of a brave young woman who touched my life and the lives of one billion people in India.  The media called her Nirbayba (or fearless) because it is illegal in India to publish the name of a rape victim.

On December 16, 2012, six men gang-raped Nirbaya, a 23 year-old girl studying to be a physical therapist, on a bus in New Delhi, India.  Not only did they rape her, they also fatally beat her.  Doctors worked for days to save her.  The government airlifted her to Singapore for treatment, but she died there.  Before she died she insisted on talking to the media to tell her story and to speak for all of the victims of violence in a culture that had for too long blamed the victims and not the perpetrators.

Shortly after her death, more than 100,000 protesters, old and young, men and women, descended on the office of the Prime Minister demanding justice.  The government responded by sending to parliament sweeping changes to the laws on rape and sexual assault.  Today, India has more progressive laws on sexual assault than the United States or most of Europe.  This was all due to one brave girl who decided she would not be silent.

I had the opportunity to meet Nirbaya’s parents at a private ceremony that the U.S. Embassy organized to award her posthumously with the Woman of Courage Award.  It is a gathering that I will never forget because her parents were as brave as she was.  They wanted to speak out and they wanted to make sure their daughter had not died in vain.

It is essential that all of us, men and women, speak up in favor of the empowerment of women and girls and to reject violence, discrimination and ignorance.  As a father of a 12 year-old girl, let me end by thanking the Albanian Women’s Empowerment Network for the work they are doing to celebrate women and girls who have overcome incredible odds to be bold for change.