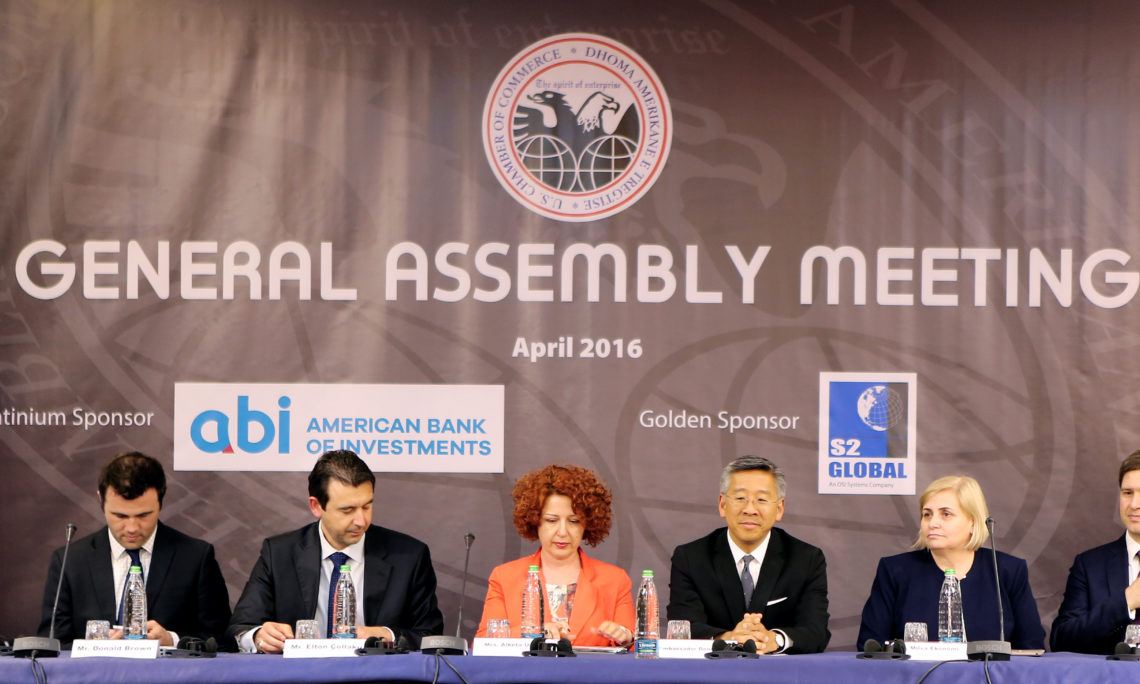 Minister Ekonomi, Executive Director Gjoni, Members of the AmCham Board, ladies and gentlemen,

What a difference a year makes. Since we all gathered together in the Sheraton last year, we have seen a lot of change. We have a brand new and fabulous new minister of economy. We have a new and also fabulous minister of finance.  We have seen a successful electrical distribution reform. We have also seen the controversial beginning of an anti-informality campaign.  Some businesses have come and some have gone.

In the past year, we have also seen arrested and prosecuted judges, prosecutors, parliamentarians, a former minister and now a suspected organized crime boss, Emiljano Shullazi.  We welcome these positive steps, and expect that these cases will move forward in an independent and serious manner.

One of the issues that I have been discussing with many of you has been judicial reform, and you have told me that having a predictable, honest judicial system will make a big difference in growing your businesses.

We all know that foreign and domestic investment in Albania is only a fraction of its potential.  Serious judicial reform will attract major investment. It will increase business confidence and it will allow business disputes to be resolved in a predictable and normal fashion.

Let me say clearly to you, we are very close to finishing this reform.  I hope that all of you will stop telling me that you’re pessimistic about whether the reform will pass and that you will take responsibility for its passage.  You should be calling members of parliament.  You should be visiting political party leaders.  You should be influencing political elites, as leaders of your community, because it is important to remind politicians that they work for the people.  More than 90 percent of the Albanians have said that they demand this reform.  Let us make sure the politicians are hearing their voice.

The international community has been vocal about this reform, but I believe it is even more important that Albanians demand this reform.

And this is the value of organizations like AmCham.  You in this room are not only a voice for the business community, but you are one of the democratic voices of the Albanian society.  Sometimes governments will listen, and sometimes they will ignore you.  But it is very important that we speak up.

Today you are voting for a new board of directors.  With 10 positions open, tonight’s elections will be important for the future of this Chamber.  I would like to thank all the board members for their service to the Chamber over this past year.  We have seen tremendous strides forward in advocating for the rights and privileges of our members.

I’m sad to see two of our American board members returning to the United States, but I’m encouraged to see that numerous Americans and U.S. businesses are taking an interest in the Chamber and running for the board this evening.  It shows that the AmCham continues to be a powerful voice for the U.S. business community in Albania.

So again let me thank all of you who have worked so hard over the past 16 years to advance the work of the Chamber.  I look forward to working with all of you to help forge a business environment here that will help your companies thrive but, more importantly, help Albania achieve the economic potential it so richly deserves.