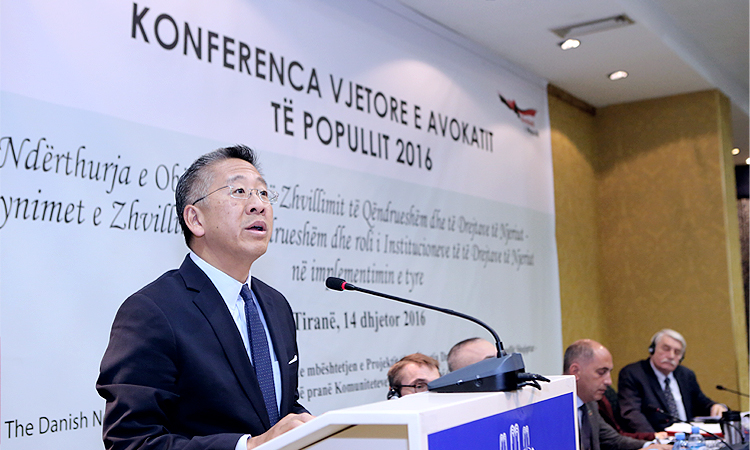 There have been some successes in Roma housing, prison conditions, and LGBT rights.  In particular we were impressed by the work done by the Office of the Advocate of the People with the Tirana Municipality to prepare Roma families to move from areas where they were at risk from flooding.  We also applaud the closing of the terrible Jordan Misja prison and the reopening of a more humane prison in its place.  Finally, we highlight the involvement of the Office of the Advocate of the People in LGBT rights parades and awareness activities, even when everyone in government and parliament was too afraid to show their faces.

Albania would be a better place if governments listened to the Office of the Advocate of the People.

Instead, politicians from the right and the left have listened to the powerful interests of corrupt businessmen, major criminals and even drug traffickers.

How else can we explain the fact that untouchable drug trafficker Klement Balili is still free.  According to the media, he has evaded 200 policemen that have been hunting for him.  According to his brother, he walks freely on the streets of Tirana because until last Friday the Prosecutor General’s office had not ordered his arrest.  Klement Balili, a former Saranda government official, represents a major failure of the police and justice system.

If Albania cannot catch Klement Balili, how will it go after other big fish.  Who will want to work with Albania?  Who will believe this is a serious country in the fight against drug trafficking?

The United States has told Albania that our future cooperation on anti-narcotics is conditioned upon Albania arresting and prosecuting big fish, including Klement Balili.