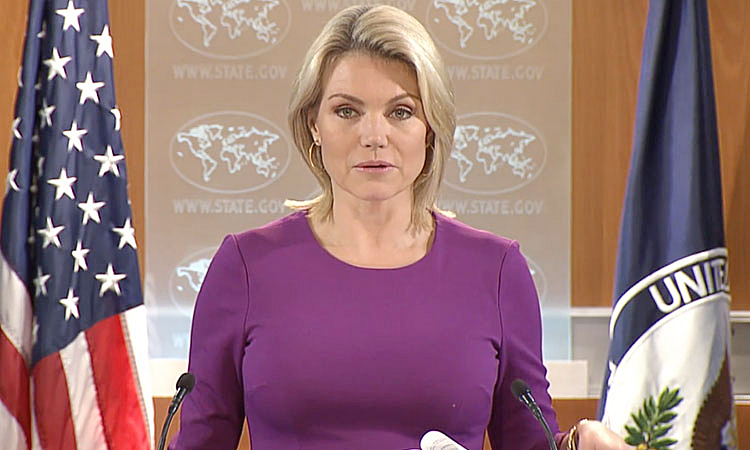 We continue to closely follow disturbing reports on April 7 regarding another alleged chemical weapons attack, this time targeting a hospital in Douma, Syria. Reports from a number of contacts and medical personnel on the ground indicate a potentially high number of casualties, including among families hiding in shelters. These reports, if confirmed, are horrifying and demand an immediate response by the international community.

The United States continues to use all efforts available to hold those who use chemical weapons, in Syria and otherwise, accountable. The regime’s history of using chemical weapons against its own people is not in dispute, and in fact nearly one year ago on April 4, 2017, Assad’s forces conducted a sarin gas attack on Khan Sheikhoun, which killed approximately 100 Syrians.

The Assad regime and its backers must be held accountable and any further attacks prevented immediately. Russia, with its unwavering support for the regime, ultimately bears responsibility for these brutal attacks, targeting of countless civilians, and the suffocation of Syria’s most vulnerable communities with chemical weapons. By shielding its ally Syria, Russia has breached its commitments to the United Nations as a framework guarantor. It has betrayed the Chemical Weapons Convention and UN Security Council Resolution 2118. Russia’s protection of the Assad regime and failure to stop the use of chemical weapons in Syria calls into question its commitment to resolving the overall crisis and to larger non-proliferation priorities.

The United States calls on Russia to end this unmitigated support immediately and work with the international community to prevent further, barbaric chemical weapons attacks.