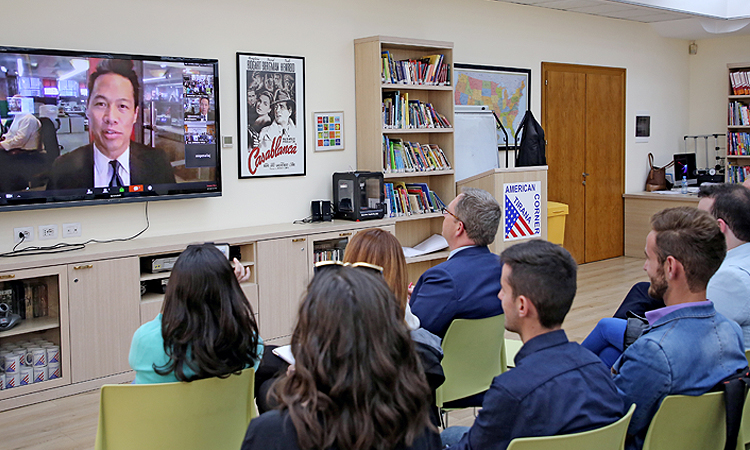 In honor of World Press Freedom Day, the U.S. Department of State, together with the U.S. Embassy in Tirana and the U.S. Embassy in Abuja, Nigeria, hosted a webchat with Richard Lui of MSNBC and Courtney Radsch of the Committee to Protect Journalists. A group of Albanian journalists and journalism students asked questions from the American Corner in Tirana.  According to Richard Lui, in today’s media scene, “Being first is nice but it is not the most important. Getting it right is the most important.” Courtney Radsch noted that “The media has a critical role in story-telling, in bringing facts to light, but it cannot bring policy change and that is where the role of the civil society comes in.”