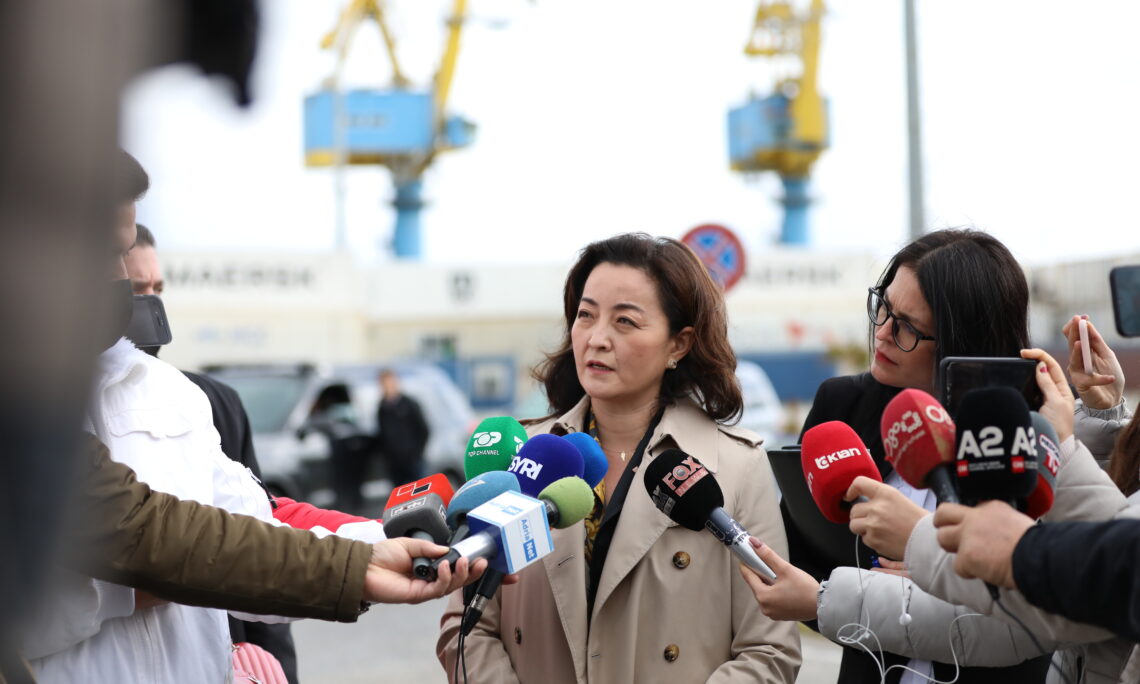 Ambassador Yuri Kim: As you know, I often talk about the relationship between the United States and Albania. And I talk about it in terms of three priorities: democracy, defense, and business. I came to Durres Port today because this is where all three of those things, democracy, defense, and business are coming together. Democracy in the sense of fighting corruption and organized crime. And so, I had an opportunity to speak with the Director of the Port Authority as well as with customs. We’ve agreed that there are some practical steps that can be taken to close up some of the blind spots. And I’m looking forward to being back soon to see how much progress is made and to see where the United States can provide more support. So that’s the democracy piece. On defense, I’m happy to build on the visit of General Jarrard last week. As you know, Defender 21, which will be a major exercise in the Balkans, will be taking place soon. And we’re looking forward to many of those activities happening in and through Durres Port. And finally, on business, as you know there was a big deal that the United States supported with respect to Skavica hydropower plant. I see tremendous potential for more U.S. investment – big U.S. investment in Albania. And as I have stressed, this really depends on strengthening the rule of law and increasing transparency of processes.  That’s why justice reform is important. It’s not a moral issue, it’s a business issue. So, for all the skeptics who has said nothing will happen. That justice reform is not possible. That SPAK will never work. I have news for you: You are wrong, and I would encourage you too see all the cases that SPAK has announced, all the action that it has taken, including today in Kruja. Justice reform is not a miracle. It is hard work. It is step by step. There will be failures along the way, but we have to keep picking each other up and keep moving forward. And as I’ve said before, it’s also a matter of allowing yourself – forcing yourself – to have more hope than skepticism. So, focus on the facts. Look at what SPAK is doing. Look at what the police are doing. Don’t let yourself get distracted by the propaganda.