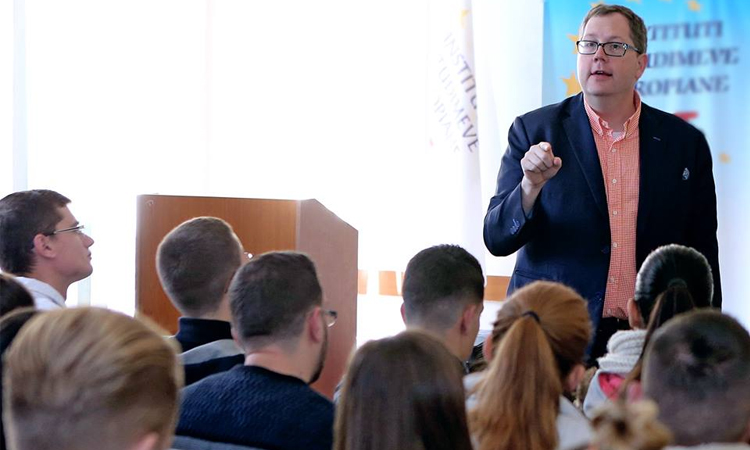 On November 16th, Ryan Roberts Chief of the Embassy’s Public Affairs Section gave a presentation on the “U.S. Presidential Elections and Foreign Policy” at the journalism department of the Tirana State University. The students asked great questions about the role that media plays during the election process in America, how the U.S. embassy in Tirana crafts its public diplomacy messages, the role of the U.S. Ambassador in Albania and current events. “The United States and Albania share the same democratic core values…our public diplomacy and foreign policy are made up of thousands of interactions between diplomats, and governments and individuals. United States and Albania are NATO allies and close friends,” emphasized PAO Roberts. This lecture was part of the Embassy’s “Speakers Bureau” program. Are you interested, too, for an American diplomat to come at your school and talk about United States? Send us a message on our Facebook page or to speakersbureautirana@state.gov