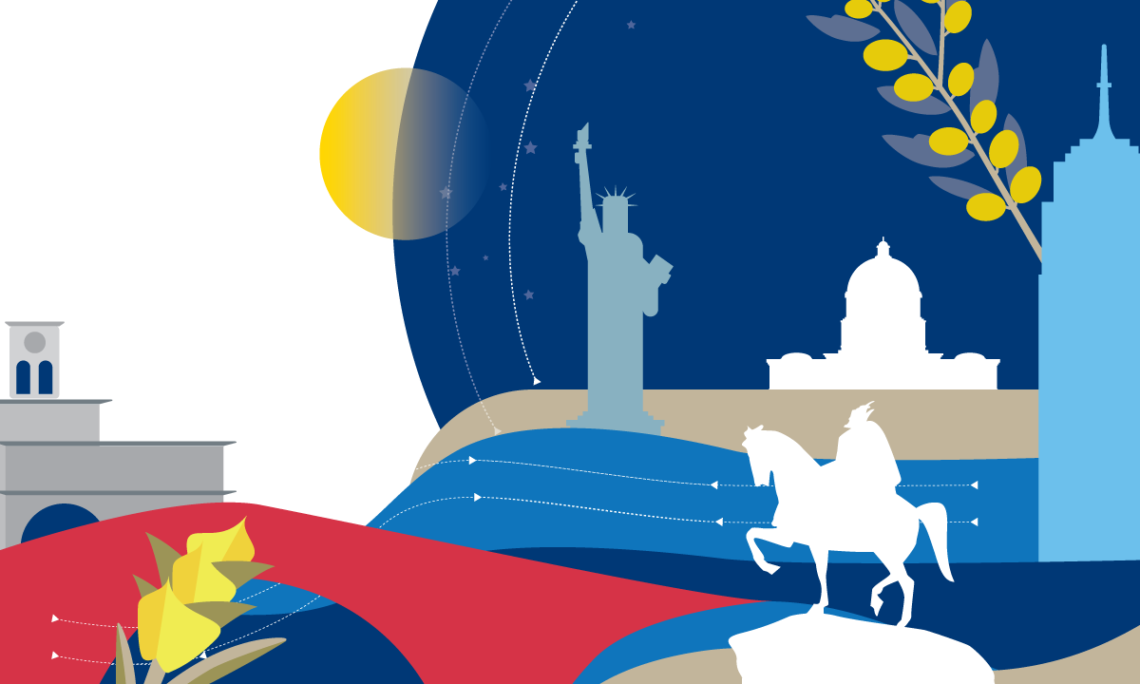 (Download our poster in high resolution by clicking here.)

Diplomatic relations between the United States and Albania were re-established on March 15, 1991, after a break of 52 years.  The U.S. Embassy in Tirana was opened on October 1st 1991 with Christopher Hill as Chargé d’Affaires ad interim and later succeeded by U.S. Ambassador William Edwin Ryerson, who presented his credentials to the Government of Albania on December 21st 1991.

At the 1991 historic signing ceremony of the Memorandum of Understanding re-establishing diplomatic relations between the two countries, then Assistant Secretary of State for European and Canadian Affairs Raymond G.H. Seitz said:

“The relationship between our countries dates back to the early years of this century, when President [Woodrow] Wilson extended American support for the young Albanian state.  The relationship was never forgotten by the many thousands of Americans of Albanian origin…who kept contact with their homeland over all these years”

On June 22, 1991, then Secretary of State James A. Baker III was the first U.S. high-level official to visit Albania after the country’s long period of isolation.  Since that time,
U.S.-Albanian relations have prospered and grown, and Albania has become one of America’s staunchest allies, particularly in the global fight against terrorism.

The U.S. Embassy in Tirana is a lovely Italian colonial-style building constructed in the 1920s.  It was the first building ever built by the Department of State to be an Embassy.  The Italian mission in Tirana used it during the Communist era when the U.S. had no diplomatic relations with Albania.  The building has since been renovated and now houses numerous U.S. Government agencies represented in Albania.

The U.S. Embassy in Tirana protects and promotes U.S. interests and develops relations with the Republic of Albania through contact with the Albanian Government, as well as with the country’s business, labor, media, civic, academic, military, education, and arts and culture communities, as well as its people in general.  Areas of common interest include the development of a new European security architecture, including the expansion of the North Atlantic Treaty Organization (NATO), combating terrorism, and strengthening democratic institutions and stability throughout Southeastern Europe.  The United States and Albania are also working together to develop strong trade and investment ties between the two nations, and to facilitate greater cooperation on regional political, law enforcement, economic, and environmental issues.