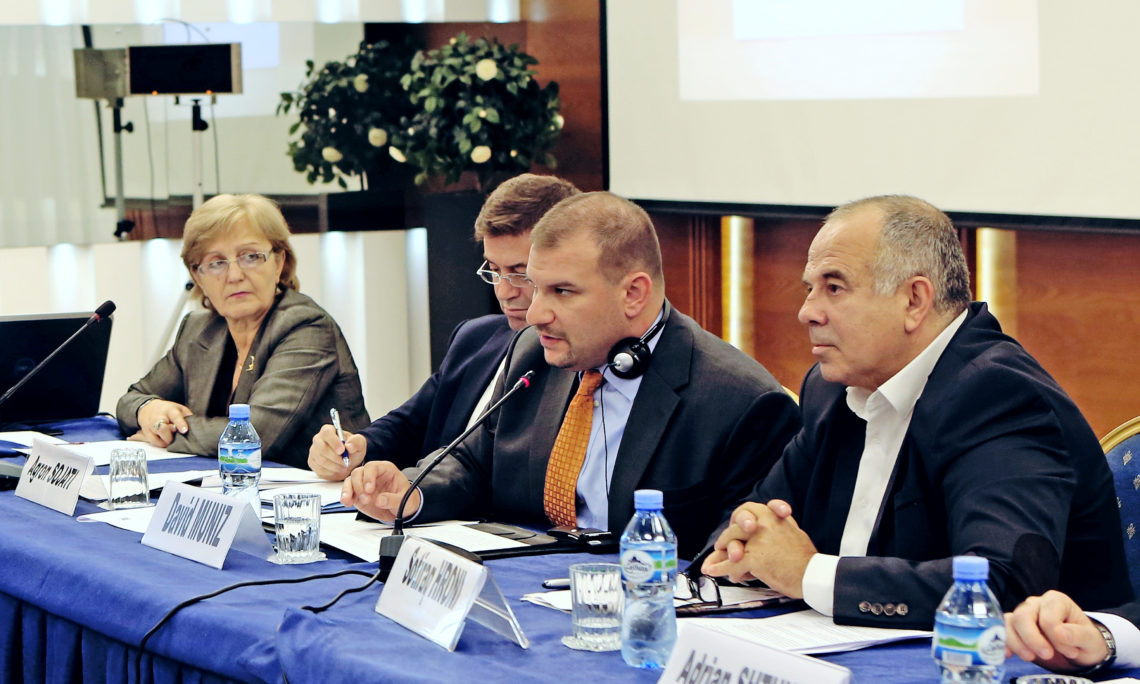 Countering Violent Extremism requires creative solutions and cooperative effort around the globe.  In this regard, Albania has a very unique story to tell.

Albania is rightly renowned for its religious tolerance and its culture of hospitality.  Historically Albania has a tradition of protecting vulnerable groups.  Albanians have accepted refugees and those fleeing conflict and persecution with open arms.  During the Second World War, thanks in part to this generous tradition, more Jews were living in Albania at the end of the war than at the beginning. This tradition continues today – I frequently speak with Americans who visit Albania, who are always impressed by the kindness and generosity that they are shown.

Not only have Albanians opened their doors and their hearts to those in need, but the efforts of so many Albanians have helped many integrate into welcoming communities.

Today Albania, thanks to the leadership of the Prime Minister and other leaders in both governments, the faith community, and those in civil society, is also becoming a leader in Countering Violent Extremism, or CVE, as we call it.  Nongovernmental organizations like IDM have played a key role in identifying the root causes of extremism in Albania, and have been integral in formulating a response to the challenge at home.  Their work has been recognized as a model for countries in the region and around the world.  I’ll mention here that the work being done in Albania is important throughout this region.  CVE is, to be clear, a somewhat different endeavor in the Balkans than it is in Western or Northern Europe.  That’s what Albania’s leadership in the Balkan region is so important.

An effective CVE strategy requires the kind of community-based approach that Albanians are known for.  It is crucial to understand the vulnerabilities and risks and then develop a holistic plan to address them.  It is not enough for a single actor to engage religious leaders in one or two areas.  The government, civil society, schools, families, police, and others must work together in a continuous process of identifying and meeting challenges.

It’s this community approach that has been one of the strengths of Albania’s CVE strategy and IDM has been at the forefront, informing that process.

In March IDM concluded a project to prevent radicalism among Albania’s youth, which included a study on CVE drivers in the country.

This project, Empowering Local Partners to prevent Violent Extremism, is a natural follow on which brings together local religious and secular community representatives, government and law enforcement officials, civil society organizations, and the media.

It will facilitate candid conversations across the country about how to work together to keep communities safe from terrorism, but also from crime, violence, and other problems that affect citizens.

IDM’s community-based solutions focus on the local level across Albania, which is essential because though some challenges are universal, there are often specific local factors that contribute to extremism. Success will require people young and old, in and out of government, religious and secular, to work together.

Albania’s national CVE strategy focuses on a variety of areas and working with individuals in local communities is key.

We recognize Director Sojati’s leadership in ensuring a holistic approach and engaging with all stakeholders.

The U.S. Embassy is committed to working on this issue because we know that violent extremism is one of the biggest global challenges we face today and does not have a single solution.  We have several CVE programs that we plan to implement in collaboration with the Albanian government.  These programs will reflect priorities in the Albanian National CVE Strategy.

In addition this project, we are proud to support ongoing civic education programs in religious high schools and the international Peer 2 Peer campaign that is active in three Albanian universities.

We know that the conversations today are just a start.  We looking forward to seeing Albania continue to move forward as a leader in countering violent extremism and will continue to support you in this important effort.