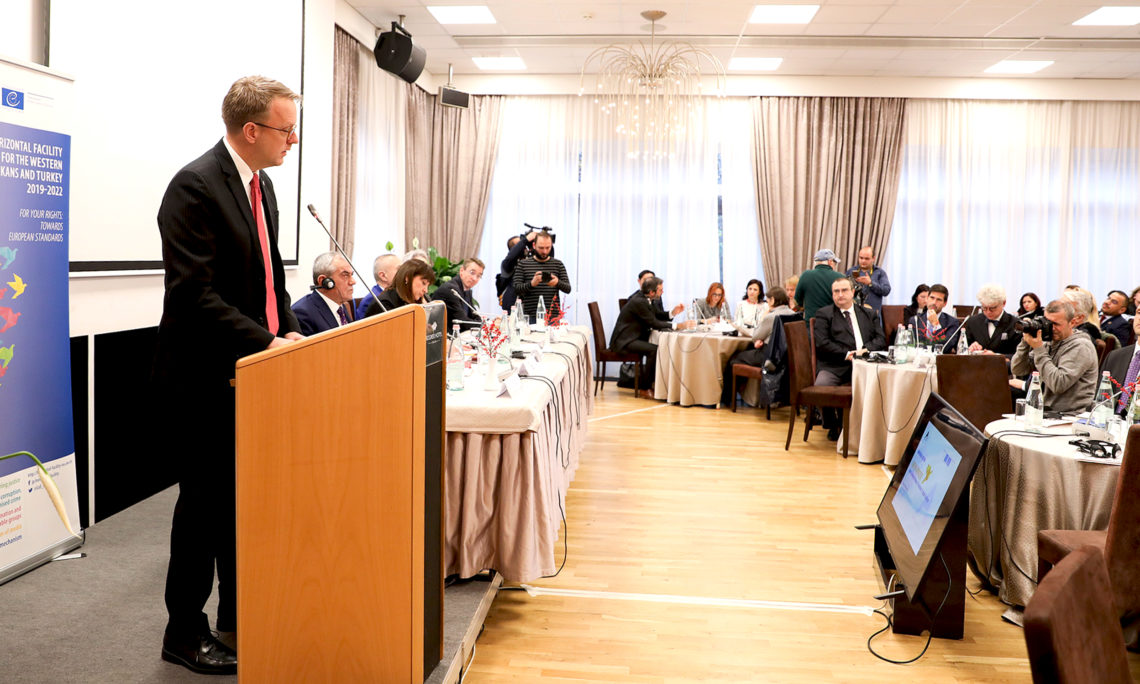 Speech is a gift.  It is a talent that only humans possess.  It allows us to express love and hope.  It is the vehicle for us to dream, scheme, and put in motion grand designs.

But speech can also give voice to fear, anger, and hatred.  Words can lead to violence.  There exists a boundary between acceptable and unacceptable speech, but that border is difficult to draw.  We are gathered here today to debate that line, and the role of the Office of the Ombudsman in defending those boundaries.  I am grateful for the chance to offer the U.S. perspective on freedom of speech, and to make a plea in its defense.

Free speech is and always has been central to the United States.  Free expression came to life in our country after the American Revolution, when we made a public promise, a covenant, to defend freedom of speech through the First Amendment of the U.S. Constitution.

Since the day the ink dried on that document, there has been much dispute and disagreement about American Constitutional law, including the meaning of the First Amendment.  Nevertheless, the American commitment to protect speech endures.  We even extend that protection to strange speech, obviously incorrect speech, and offensive, mindless speech.  Why?

We cannot purge society of hateful speech by suppressing it.  We believe the best counter to vile, hateful speech is rational argument.  If hate speech is poison – and it is – reason is the antidote.  As you discuss where to draw the line between protected and unprotected speech, please remember the answer to hate speech is rational rebuttal, it is more expression, not less – the solution to hate is more pencils, not erasers.

There are additional benefits a radical commitment to free speech confers on free societies.

Freedom of speech nurtures a diversity of ideas, more creative unanticipated approaches to an issue.  A public forum open to the endless variety of human thought produces more effective solutions to the problems that challenge societies.  For example, the organizers of this conference invited more than one of us to deliver remarks this morning to seek a variety of perspectives on a difficult issue.

Free speech is also society’s safety valve.  At the end of even the most contentious public debates on the most controversial topics, participants in a free society can walk away knowing they had a chance to have their say, no matter the outcome.

Most of all, free speech has formed the essence of democracy since its birth in the Western Balkans almost 2,500 years ago.  The democrats of Athens created a government of persuasion, of rational argument:  a government of words.  Free speech is the breath of democracy.  Smother it, choke off its flow, and the body politic may die.

On the other hand, the spirit of dissent has the power to overwhelm a police state.  This is why dictators look to stifle critical voices.  They can survive only if they deny free expression to their people.  When they deprive their society of the oxygen that is free expression, democracy languishes and decays.  Albania awoke from a communist nightmare of controlled speech only within the last 30 years.  Many of you know very well what it was like to live in fear of the unforeseen consequences of your own words.  Many of you grew up in a society in which you could accidentally talk your way into prison, forced labor, and torture.  You must never go back to that society.

Freedom of speech is not a license to say whatever we like, regardless of the consequences.  Even we in the United States place limits on so-called fighting words and other forms of expression that lead directly to violence.  But limits define societies by showing what they tolerate and what they fear.  We Americans protect critical, bizarre, and offensive speech because tolerance is a sign of our strength.  By permitting offensive speech except in extreme cases, we insist that our society must not live in fear of words.

Again, it is not easy to demark the border between acceptable speech and speech that provokes violence.  That is why we are here today – to survey the borders of free speech.  I simply ask that you draw that border expansively and fearlessly.