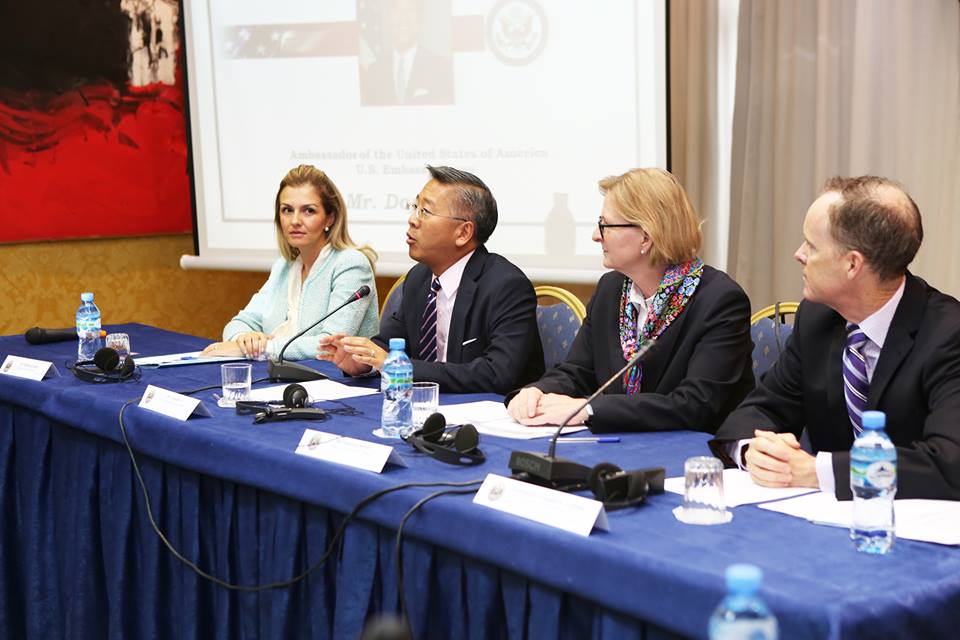 When I served in Kyrgyzstan a decade ago, an organized crime boss was so bold that he set up a tent across from the gate of Parliament and threatened members of Parliament with violence unless they met his demands.

In Georgia two decades ago, the Mkhedrioni criminal group was so powerful that President Shevardnadze decided he could no longer fight them and he transformed them into the Georgian National Guard where they committed extrajudicial killings and continued their criminal activities with the legal authority to carry weapons, arrest citizens and wear uniforms.

In Albania, those accused of being major drug traffickers and organized crime bosses rarely face criminal charges.  One well known example of this phenomenon is the case of convicted drug trafficker Emiljano Shullazi, who for many years has been accused of murder, drug trafficking and extortion but was only recently arrested.

Albania has the lowest levels of serious crimes prosecution in Europe.  The problem is impunity.  Powerful criminal bosses can literally get away with murder because of their ties to influential people.

In the United States, we faced similar problems.  The most famous American gangster, Al Capone, ran a Chicago organized crime group in the 1920s and 1930s.  When he was finally arrested he had a fortune estimated at $100 million built through prostitution, gambling and smuggling.  He did all of this by having his criminal organization control strategic people in the police, the courts, and the city government.

The situation in Albania is serious, but I believe that judicial reform and the decriminalization process will help to fix the problem of impunity and criminal ties to politics.

The people of Albania are fed up with criminals in politics.  The successful efforts to remove murderers, pimps, drug traffickers and rapists from the Parliament and local government will have a lasting effect on reducing the impunity of organized crime bosses in Albania.

It is also a warning to other criminals — “Joining politics is bad for business.  It will shine a light on your criminal activities and get you put in jail.”

The judicial reform is important for cleaning up corrupt judges and prosecutors.  It is also important because it will establish an independent prosecutor and a special investigative unit, called the National Bureau of Investigation or BKH.  Both will target high-level corruption and organized crime.

The United States has made a commitment to support the development of the National Bureau of Investigation through training, assistance and cooperation from the American FBI.  Prime Minister Rama visited the FBI Headquarters in April and met with FBI Director Comey to reinforce this commitment.  This will be a serious and capable group of investigators.  They will be given regular polygraph tests.  They will have the best training and the latest equipment.  An FBI agent will be assigned from Washington to ensure that they are effective in their jobs and are investigating cases without political bias.