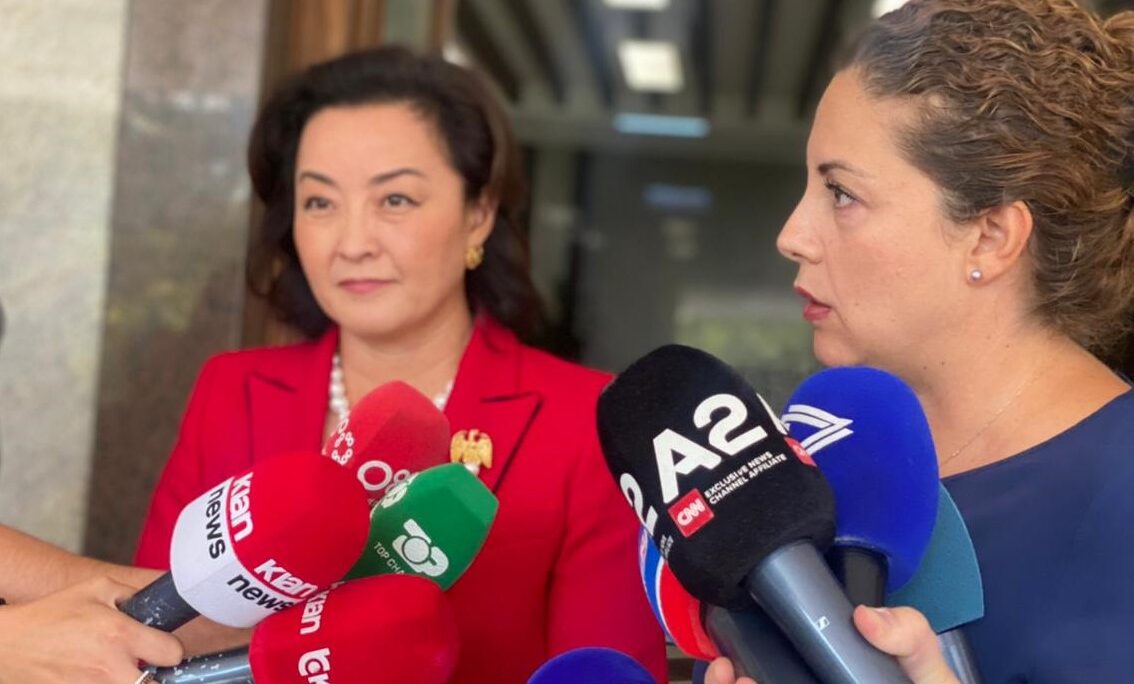 Ambassador Yuri Kim: Thank you! We just had a very good meeting today in view of the very challenging situation in Afghanistan. We thought it would be a good idea to coordinate closely. First of all, let me say that like everybody else around the world we have been deeply moved by the gesture of the Albanian people, the decision to give temporary refuge to those who are in greatest need. We’ve been moved by the recognition of the Albanian people that they too once were in those shoes, in the shoes of those needing refuge. But again, also recalling Albania’s very proud heritage as the nation, the people, who give refuge to strangers, no matter their religion or race or any other characteristic. I have talked about it, I think other foreigners have also talked about the Albanian concept and tradition of BESA, it is something that the world should know about and something for which we should all be grateful to the Albanian people. The situation is changing very rapidly, details have not been settled yet, but the United States will continue to coordinate very closely with the Albanian government. Let me close by once again expressing gratitude to the Albanian people for what you have decided to do. Thank you very much!

Reporter: How many people will come here and when they will come?