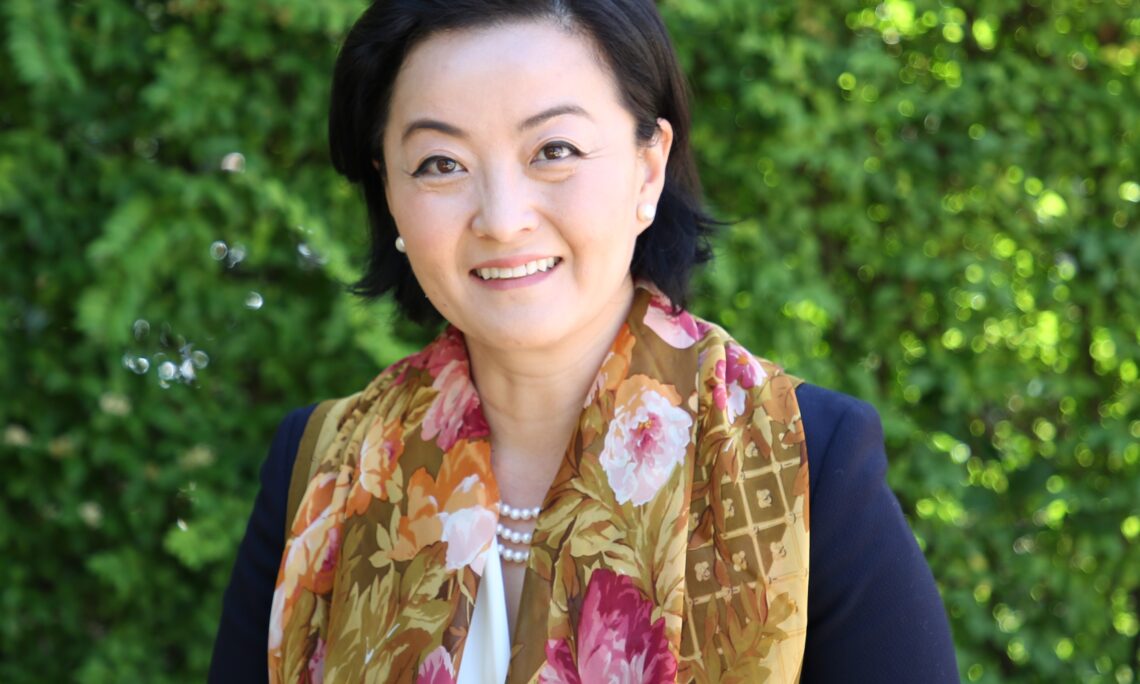 Ambassador Yuri Kim, thank you for the opportunity of this first interview. I had the pleasure to meet you during a small introductory meeting with members of the Albanian-American community in New York, in February. It feels as if it took place in another world. To what extent has the COVID-19 crisis affected, if not derailed, your work as the new U.S. Ambassador in Albania?

It was a pleasure to have been able to sit with you and other members of the Albanian-American community in New York.  I learned a great deal from you, and I think about our discussion often.  As I said then, I am deeply honored to be the U.S. Ambassador in Albania – there is no country that is more welcoming, no relationship that is so sincere.  It’s true that the pandemic has changed my plans to meet as many Albanians as possible and to travel around the country, but rather than cancel our plans, we simply adapted them as necessary.  I and other American diplomats are still meeting with people, through on video calls and reaching out through social media.  COVID has not changed the strength or the depth of the U.S.-Albania relationship. It has not changed the affection between Americans and Albanians. It has not changed the priorities of my work in Tirana. That said, there is nothing like sitting together with people, as I did with you, and I am looking forward to getting around Albania and meeting people in person as soon as I can.

Would you describe your basic day during the lockdown, in Tirana?

My deputy and I have alternated between working in the office and working from home.  I do virtual meetings with my staff but also virtual meetings with Albania’s leaders, politicians, religious and other representatives, journalists, NGOs, and students.  I spend a bit of time on social media, communicating directly with Albanians on a wide variety of issues.  I’ve read a few books, including some books by Ismail Kadare and Fan Noli’s biography of Skanderbeg.  I admire Skanderbeg’s spirit of courage, creativity, and perseverance no matter the odds – all traits that I have seen personally in the way the Albanian people have responded to the earthquake as well as the pandemic.

There have been debates about the measures adopted by the authorities in Albania and potential legal and ramifications from them. What is your view on how the authorities and political leaders have handled the situation?

I think the results speak for themselves.  The number of new infections is decreasing, as is the number of people in intensive care. I would say that the government deserves credit, but I would also say that there is credit due to others, especially the Albanian people and above all the doctors and nurses of Albania. The pandemic showed that political leaders – President Meta, Prime Minister Rama, opposition leader Basha – are capable of putting aside their differences and coming together, if they want to.  I hope we will see more examples of this kind of leadership.

There have been a number of repatriation flights in both directions to help citizens stranded in our countries. To what extent has been the US Embassy involved? What had been some of the challenges there?

Secretary of State Pompeo has made clear that our government’s top priority is to help Americans overseas who want to return to the United States.  Traveling right now, though, is complicated due to the many closed borders and cancelled flights all over the world.  To help Americans get home from Albania, we needed a lot of help from our friends.  Over the past two months, with the generous help of the Albanian government, other diplomatic missions, and the airlines, we have repatriated more than 200 U.S. citizens and permanent residents on eleven charter flights.  We will never forget the support our friends gave us and our citizens during this extraordinarily difficult time.

Beyond unpredictable situations, what do you consider some of the main priorities in your work as an Ambassador? What developments do you follow more closely?

I have three priorities: first, strengthen our defense relationship so that Albania is an even stronger NATO ally than it already is; second, support the development of Albania as a democratic nation – the rule of law, anti-corruption, justice reform, election reform, EU accession; and finally, look for opportunities to expand economic and trade relations between the United States and Albania.  These three things are connected in that they all require transparency, adherence to the rule of law, and an end to corruption and organized crime.

You inherited an unprecedented political crisis, which makes harder the implementation of ongoing reforms, to say the least. Many see the US Ambassador as a potential mediator if not arbiter in the clash among irreconcilable political leaders. What is your approach? How do we put democracy in Albania back on track?

I think the key is participation and dialogue. When there is no participation and dialogue, attacks fill the void and there is no progress. The United States will always try to play a positive, helpful role in Albania.  We will continue to support the implementation of necessary reforms, including justice reform and electoral reform, so that the country is stronger and is able to take its place as a full member of the European family.

A major objective of all Albanians, one that the U.S. government strongly supports is Albania’s accession to the EU. The decision on March 25 has energized us for the work ahead. There is no time to waste. Albania must implement reforms and meet the conditions contained in the EU’s decision. Deliver solid results quickly to persuade member states you are ready for membership. Show your commitment to democracy, the rule of law, and economic opportunity. As for justice reform, we have reached a critical stage.  In response to the demand of the Albanian people, Parliament adopted reforms four years ago.  Since there, almost all the necessary institutions have been established and vetting is underway.  Now, it’s time to fully implement reform measures.  We are working hard to support the completion of the SPAK and the Constitutional Court.  People are right to be impatient – they shouldn’t have to keep waiting for justice to be served.  Such a fundamental change will take time and perseverance.  It will also be imperfect.  But if you look at where we started, it’s clear that progress has been made.  I hope the Albanian people continue to hold their leaders to account and to demand full implementation of justice reform.  You must have a Constitutional Court and a High Court to decide on the constitutionality and legality of government actions. Albania must have a SPAK ready to prosecute and convict high-level officials for corruption. The United States will continue to do its part.  I will continue to talk to the different sides, to urge them toward common purpose, toward what Albanians want and deserve.  At the end of the day, though, it’s up to the Albanian people, not the U.S. Government, to decide Albania’s future.

Do you set goals in your work? Are there things, you would like to see Albania accomplish during your term as Ambassador?

Is there a role for the Albanian diaspora in the United States to play? What kind of contribution would you like to see?

The Albanian diaspora is an important bridge between our two countries. I was so impressed to see the diaspora step up to send aid to Albania after the earthquake and during the pandemic.  I hope the diaspora will continue to contribute to Albania’s development and drive American and international investment. You can do that by raising your voice on missteps and by sharing success stories. We all know the power of example, so I hope we will see more and more inspiring cases.

Diplomacy is fascinating to outsiders, but it is a challenging work. Has this been your early dream job or an accidental career choice? How did you decide to enter the foreign service?

The truth is that when I was growing up, I planned to become a lawyer.  But sometimes, fate has different plans, and in my case, it has turned out to be a wonderful thing.  Being a diplomat has not only been fun, but challenging and fulfilling.  I never imagined that I would have lived in the places that I have – like China or Turkey or Albania – and I feel very lucky to have had the opportunity get to know so many different places, cultures, food, languages, and especially people.  I don’t think there any other job is quite like this one.

You arrived in Albania in January, and despite the current lockdown, I assume you have had the chance to know people and places. What is your impression so far? What do you think of Albania and its people?

It’s an honor for anyone to be asked by the President of the United States to represent him and our great nation as an ambassador.  I feel doubly honored to have been asked to represent the United States in Albania.  There is nowhere else in the world where America is embraced so warmly, no other country that is as loyal a friend and ally as Albania.  What I’ve see so far of Albania and the Albanian people makes me proud.  Some people might say that arriving after an earthquake and before a pandemic is unfortunate timing, but my view is that this has brought out the best in both Albanians and Americans. What I have seen in Albania is courage, perseverance, and hope. It’s not an accident that both our countries have chosen the eagle as our national symbol.

My favorite Albanian so far has to be Skanderbeg.  He was not only a fighter but a unifier.  “Bashkimi ben fuqi!” These are words that are applicable today as well.  I can see why Skanderbeg is the hero of the country, and I hope the Albanian people will always keep his spirit alive.