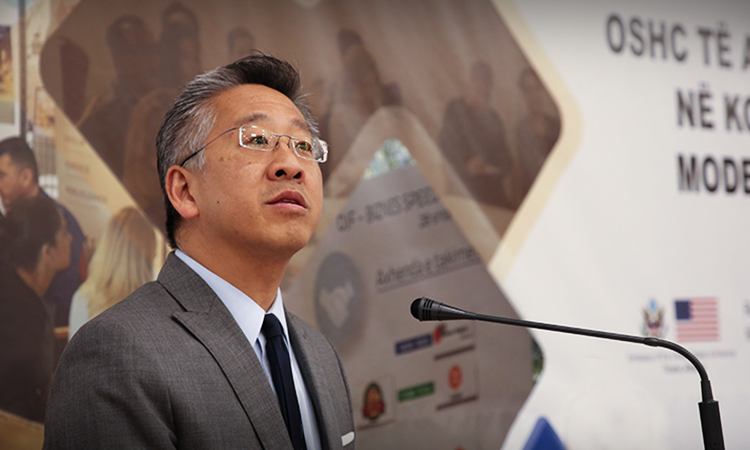 Two years ago, I said at another Partners Albania conference:

I have a different view.  I can see that civil society has achieved amazing victories in the last three years.

On judicial reform, I remember the children, the pensioners, the teachers, the NGO leaders and the other regular people who came to the Kuvendi parking lot on July 21, 2016 in the intense heat of summer to demand that their representatives pass this reform.  And today, NGOs are monitoring the vetting and the creation of the KLGj, the KLP, the SPAK and the BKH.

On the election last year, Albanian NGOs played an important role in observing the elections, but also in monitoring the May 18 agreement that resulted in so many complex administrative changes in the weeks before the elections.

For these things and many more, Albanian civil society should be proud.

But you should not be lazy.  There is lots more to do.  That is why we have worked with Partners Albania to help local civil society organizations become more financially independent and successful.

What is the main challenge today?  I would be very happy if civil society joined us in calling for big fish criminals to be arrested and prosecuted.

Albania has supported the capture of one big fish drug trafficker, Met Kanani, who was arrested in Turkey on March 22.  There are arrest orders for two more major traffickers, Klement Balili and Arber Cekaj, but they must be captured.

Mayor Fran Frrokaj and former mayor Elvis Rroshi are being prosecuted.  There are active investigations against Saimir Tahiri and Adriatik Llalla.  No one is above the law.  We welcome the fact that Mr. Tahiri will face justice as a normal citizen without immunity.

Albanian NGOs and journalists should be working to help the public to understand why these people are so dangerous and to raise expectations that they will soon be arrested and prosecuted.

Lastly, if we can encourage the politicians and prosecutors to finally lift the impunity for these criminals, then Albania will have a very bright future.  A future in the European Union.  A future without illegal drug trafficking.  A future in which regular citizens no longer fear corruption or organized crime.

This is a future that all Albanians deserve.