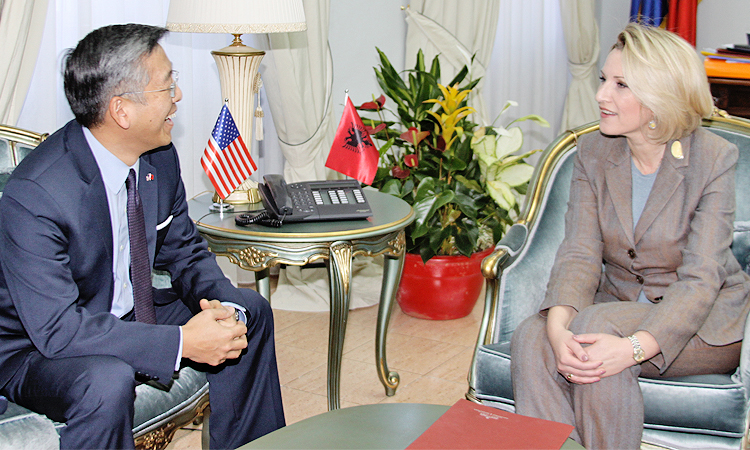 Ambassador Lu met with Defense Minister Mimi Kodheli on January 16. During the meeting, the Ambassador conveyed the appreciation of the United States for Albania’s support as a NATO Ally, its important contributions to our common mission in Afghanistan, and its international leadership in countering ISIL and terrorism. During their meeting they affirmed the long, historic friendship between the United States and Albania, and recognized our shared values. The Ambassador stressed the United States’ firm support for Albania’s continuing Euro-Atlantic aspirations, and our commitment to helping Albania achieve those aspirations. He appreciated the Minister’s efforts to implement sound reforms, to improve training, and to fight corruption. The Ambassador and Minister Kodheli discussed possible areas for future bilateral cooperation. The Ambassador noted that one of the United States’ key priorities is to support Albania in strengthening its capacities as a NATO Ally, and underscored the importance of sustaining and increasing defense spending in line with the NATO Wales Summit Declaration.