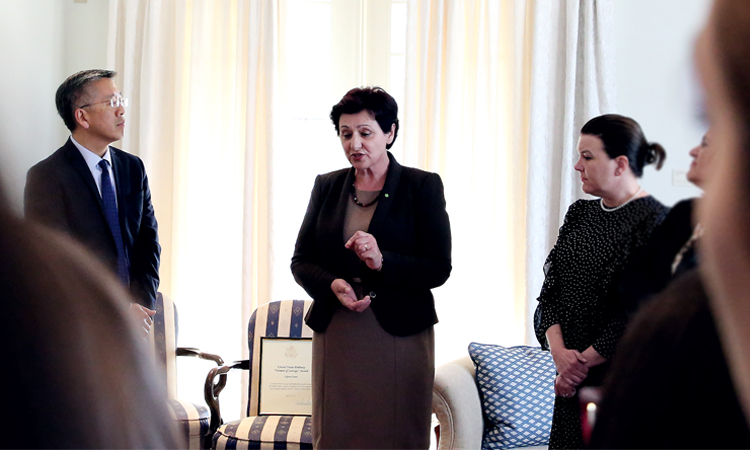 On March 24th, Ambassador Lu hosted a reception to honor U.S. Embassy Tirana’s 2017 nominee for the Secretary of State’s International Women of Courage Award, Ms. Liljana Luani.  The Award honors women around the globe who exemplify courage and leadership in advocating for human rights, women’s equality, and social progress, often at great personal risk.  For more than ten years, Ms. Luani has given hope to Albania’s future generation by educating children who are victims of blood feuds. Former Women of Courage Award recipients, members of the Embassy Women Empowerment group, government representatives, and other women activists attended to celebrate Ms. Luani’s work and dedication to her community.